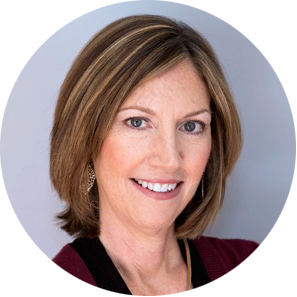 Dr. Jonice Webb has been interviewed on NPR and over thirty radio shows across the United States and Canada about the topic of her book, Emotional Neglect, and has been quoted as a psychologist expert in the Chicago Tribune. She writes the popular Childhood Emotional Neglect Blog on PsychCentral.com.

Dr. Webb has been a licensed psychologist since 1991, and has worked in a variety of different settings over the course of her career, including a psychiatric emergency service and substance abuse programs.  She has been the Director of several large outpatient clinics.  For the past eight years, she has been enjoying her private practice in Lexington, Massachusetts, specializing in the treatment of couples and families.

Over two decades of practicing psychology, Dr. Webb gradually started to see a factor from childhood which weighs upon people as adults.  This factor is extremely subtle.  In fact, it’s so difficult to see that it goes virtually unnoticed while it quietly saps a person’s joy in life, causing him or her to struggle with self-discipline, or to feel disconnected and unfulfilled.  Dr. Webb gave a name to this invisible factor from childhood.  She calls it Childhood Emotional Neglect (CEN).™

“As I became aware of the power and pervasiveness of Emotional Neglect, I felt compelled to draw awareness to it.  My goal is to bring this unseen force from childhood out of the darkness and into the light.  To make people aware of it and it’s effects upon them.  To give them the words to talk about it and the tools to fix it.”