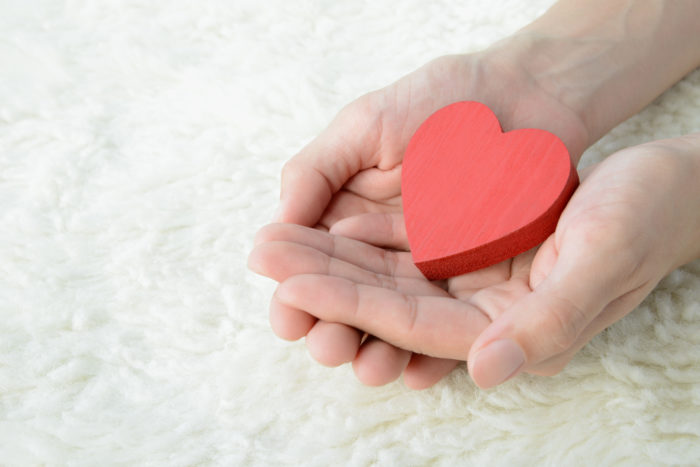 Accountability and blame are not the same.

Your good friend Trish calls you upset. “I’m such an idiot,” she says. “I was in a huge hurry to get to a meeting at work, so I backed out of the driveway really fast. I wasn’t paying attention, and I ran right over the mailbox. It destroyed the mailbox and put a huge dent in the back bumper of my car. I’m such a moron!”

Take a moment to think about how you would respond. What might you say to Trish? Would you say:

“Trish, you’ve lived in that house for ten years. Had you not noticed where the mailbox is? What a dolt!”

Or would you be more likely to say:

“Trish, don’t talk like that. Everybody makes mistakes. Don’t be so hard on yourself!”

I’m willing to bet that you would say the second option. Because you would never be as hard on your friend as she is on herself.

Now imagine yourself in Trish’s place. How angry would you be at yourself for making this mistake? What would you say to yourself?

How could I be such a fool?

I’m more trouble than I am good.

Why can’t I learn?

These are comments that many fine people say to themselves when they make mistakes. These kind and caring people would never say anything like that to a friend, a child, a spouse, or anyone for that matter. Let’s see how the above comments come across when directed outward at another person, rather at oneself. Imagine saying these sentences to a friend.

How could you be such a fool?

You’re more trouble than you are good.

Why can’t you learn?

Imagine the damage these comments would do to your friend or spouse, and to your relationship with him or her. That is the damage that you are doing to yourself when you say these things to yourself.

There’s a particular group of people who are more prone to treating themselves so harshly: those who were raised with Childhood Emotional Neglect.

If you were raised by a parent who ignored you and/or your mistakes (an aspect of Childhood Emotional Neglect), you didn’t get to internalize a parent’s voice of Compassionate Accountability.

Compassionate Accountability: holding yourself accountable for your misstep while also having compassion for yourself. Keep in mind that accountability is not the same as blame.

Here’s what parent says to her child during a moment of Compassionate Accountability: “Everyone makes mistakes sometimes. Let’s figure out what you did wrong here and how to prevent this mistake in the future. Let’s learn from this mistake. Then we’ll let go of it and move on.”

From these few short sentences, this fortunate child is learning the vital life lessons that make up Compassionate Accountability. She is learning how to keep her own mistakes in perspective; that they are not the end of the world and that everyone makes them. She is learning that it is possible to learn from her mistakes and that there is no point in dwelling on them. Beyond that, she is internalizing her mother’s (or father’s) voice. Over time, it will become her own. Then it will talk her through all of the mistakes which she will make throughout her life. You can see that there is no blame involved here.

If you were raised by a parent who, for whatever reason, was not able to provide you with this even, reasonable, accountable yet forgiving voice, you may have to develop it for yourself as an adult. Here are some tips to help you:

To learn more about Compassionate Accountability and Childhood Emotional Neglect, see EmotionalNeglect.com and the book, Running on Empty.

A version of this post was originally published on psychcentral.com. It has been reposted here with the permission of the author.

How much of the steps to recovery from emotional neglect apply to us who were emotionally and physically abused. I’m not sure what’s worse
but I know I wasn’t emotionally neglected.
I know people who were neglected emotionally and they suffer a very much. I read with interest most of what you post.
Thank you
Mike

Dear Mike, emotional neglect is a part of any kind of abuse from a parent. I usually suggest seeing a therapist to deal with the abuse first, and then addressing the neglect as it becomes possible.

My mom was always quite harsh to me when I made a mistake. Now I’m living with extreme perfectionist and self-blame tendencies. These combine into some toxic self-hatred.

Dear Alice, this is your mother’s voice in your head. The good news is that it is now under your control. I hope you will do the work to defeat it and replace it with a new, healthy, strong and reality-based voice. You can do it.