My Dear Black Sheep, 3 Things You Must Know 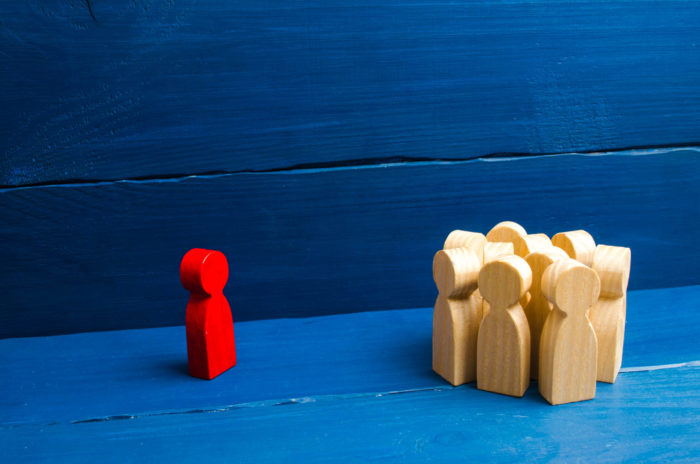 In a recent post called Black Sheep, I talked about some common myths, and how excluded folks, or Black Sheep, are usually not what they appear to be.

Surprisingly, they are invariably a simple product of family dynamics. In other words, being excluded typically has little or nothing to do with the person being excluded. You’ve always thought it’s you, and it is not.

Since I will probably never be able to see you in my office, here are 3 important things that I want you to know:

First, let’s talk about the power of exclusion. We all tend to underestimate it.

But a study by O’Reilly, Robinson, and Berdahl, 2014 proved otherwise. These researchers compared the effects of workplace ostracism (being excluded or ignored) with bullying.

If the exclusion is this harmful to adults in their workplace, imagine how it affects a vulnerable child in his family, during the time that his identity is developing.

Imagine how it affected you.

A self-fulfilling prophecy is a belief that causes itself to come true. This happens because our belief influences our actions to the point that we bring the belief alive. Even when the belief is false, we make it come true simply by believing in it.

Self-fulfilling prophecy has a huge body of research supporting it, going all the way back to the 1950s. For example, it’s been scientifically proven that children whose teachers believe they are smarter than they are actually performed at a higher level.

The teachers treat the children as more intelligent, and the children respond to that treatment by making it so.

Imagine how this process works in the family of a Black Sheep.

You are a child, and your family believes that you are strange, or difficult, or different or inferior. So they treat you that way. You, an innocent child, respond to the way that you are being treated. You may start to act like you are strange, difficult, different or inferior. If this goes on long enough, you may become who your family originally believed that you were. And then you see yourself that way.

The Black Sheep family dynamic is a form of Childhood Emotional Neglect or CEN. When your parents don’t see or value who you really are, it is very difficult to see or value your true self.

So now it may be hard for you to know the truth. Who are you really? Who would you be if not for all of the distorted messages you have received from the people who should love you the most?

Here is good news for you. Now that you know about Self-Fulfilling Prophecy, you can take control of it. Once you recognize the parts of yourself that were literally “projected” on you by your family, you can be freed up to either embrace those pieces of yourself or let them go.

A new journey begins which will allow you to define yourself, by yourself and for yourself. Free of judgment and prophecy.

And Third, You Were Chosen

Perhaps you were born at a certain time, a certain gender, or in a birth order that affected how your parents and siblings regarded you.

Perhaps you will never know why you were chosen.

But what is important for you to know is that you didn’t ask for this, and it’s not your fault. Your family does not see the real you. They don’t understand that your weakness in their eyes is actually your strength.

So embrace your difference, for it is your power.

And please know this:

You were chosen for a reason.

To learn more about Childhood Emotional Neglect, how it affects children and adults, and how to learn to see and value your true self, see the book, Running on Empty. To understand how Childhood Emotional Neglect effects play out in your adult relationships with your partner, your parents and your children, see the book Running On Empty No More: Transform Your Relationships.

A version of this article originally appeared on Psychcentral.com. It has been republished here with the permission of Psychcentral.