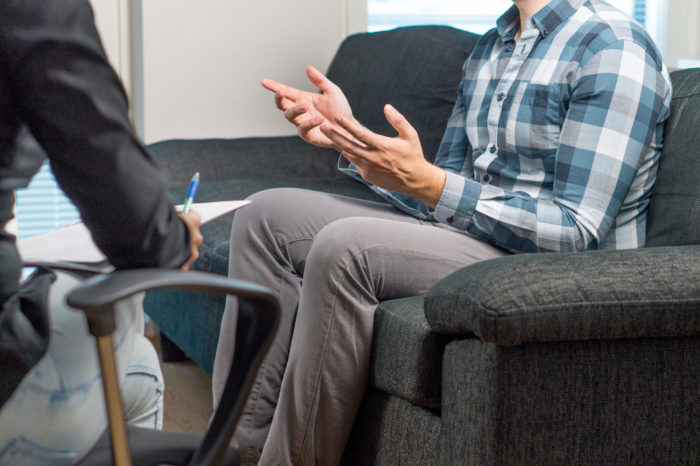 “After reading Running on Empty I told my therapist that I’m pretty sure I was emotionally neglected as a child. He seemed to understand what I meant but he never mentioned it again”.

“I’ve been seeing my therapist for a year and she has never mentioned Emotional Neglect to me.”

“I want a therapist who is an expert in Childhood Emotional Neglect!”

Since I first started speaking and writing about Childhood Emotional Neglect (CEN) in 2012 I’ve heard the above comments many times, from people all over the world.

Yes. In a way, it is puzzling. CEN is so widespread and causes so much pain. Why don’t therapists talk about it more directly and more often? Why aren’t all therapists addressing this with their clients?

This is one of the main reasons that I took up the cause of CEN. After talking with other mental health professionals and doing an exhaustive literature search, I could find virtually no research or writings specifically about Emotional Neglect. And I couldn’t identify a recognized, accepted, universal term for the concept that meant the same thing to every mental health professional.

It seems that just as an instance of CEN goes unseen and unnoticed, so does the CEN child himself. In a case of parallel process, so does the concept of CEN. To virtually all therapists, the basic idea that parents fail their children emotionally is not surprising or new. Remarkably, I think that’s part of the reason that therapists don’t talk about it. For us, it hides in plain sight.

In this way, I think the phrase “child abuse and neglect,” which is so ubiquitous and useful, has actually done an inordinate amount of untold damage by blurring awareness of CEN.

For me, right now, my goals are unwaveringly clear. I want to make CEN a part of everyday conversation in this world. I want parents to know how to meet their children’s emotional needs, and why it matters.

I want every single person to be able to talk openly and directly about CEN with a therapist who understands the concept and knows the path to healing it.

I want every therapist to mean the exact same thing when they use or hear the term Childhood Emotional Neglect.

Think of all the children who are, at this very moment, growing up surrounded by Emotional Neglect. And all the adults who are suffering in silence, baffled by their pain.

If I could speak for all the therapists in the world, here is what we would say to them:

Your pain is real. It’s not nothing. You have it for a reason. It’s not your fault.

You feel invisible, but we see you. You can speak and we will listen. So stand up and talk. And let us help you heal.

To learn if CEN is a part of your life, Take The Childhood Emotional Neglect Questionnaire. It’s free.

Over 500 therapists located all over the world have now been trained in CEN therapy. Visit the Find A CEN Therapist List.

If you are a therapist and would like to join the CEN Network and receive referrals from me, I invite you to Fill Out The CEN Therapist Form.

Hello Dr. Webb,
Thank you for bringing attention to CEN, the “white space” and to the dissociation they seem to cause. I have been reading about CBT, and the work of Byron Katie and others from the “coaching” world who try to help clients see other perspectives or to change their attitude, to have vision for their future and aim for the feelings they would like to create in their lives. I am confused. I don’t know how much of my problems are due to my own attitude, my inability to see where others are coming from or to just get along, versus putting myself in proximity with people who are draining me dry. Do you have any advice?

Dear Tanya, I recommend you get on the path to paying far more attention to yourself and your emotions, which is what CEN recovery is all about.

Thank you for your work with CEN. It has answered so many questions I’ve had about my life. I am surprised to find knowing the truth is just the beginning. I feel like I have been stuck in this “CEN hole” for so long, I’m not sure I can get out !

Dear Linda, if you are subscribed to my newsletter you will receive lots of free info about how to recover. I have a list of CEN-trained therapists and also an online program that walks members through the 5 steps out of CEN called Fuel Up For Life.

I ordered a copy of your book for my therapist but she hasn’t read it. I don’t think she will.

Oh, I’m sorry. Then it becomes a choice for you about how important this is for you. Not all therapists will read it, unfortunately, but most will. There are also many therapists who have taken my trainings.

lindayouwho@gmail.com
Jonice I have CEN. I’m 65 yr old this week. I’ve struggled to understand the crippling self-doubt and desire to be invisible as a child, which is opposite a well loved and supported child. I’ve had many therapists
But the biggest help has been adult children of alcoholics and Al-Anon, even though there was no alcohol in my family of origin

Dr Janice, the new movie Overcomer, last night addresses it, without naming CEN. The lead actress, a 15 yr old has CEN having lost her mom and dad to drugs and is raised by her bitter grandmother. She feels she has no worth. It’s a beautiful story of a community that help her face her issues helping her develop her talent for running. Then by facing her family of origin with her, finding her dad is alive now and sick but changed by having worked the steps to have a spiritual experience. a story of healing for many and realizing by faith first that someone would help her and coming to believe then a higher power had given her a talent and purpose.
You might connect with Priscilla Shirer the woman who plays the principle in the school. She is a well known bible teacher. She might be willing to be an advocate for CEN cause. Also the Kendrick brothers who produce this film.

Dear Jonice,
Thank you for being in tune and on target with this debilitating
syndrome. I first became aware of this about 10 years ago when I came across a book Born Only Once by Conrad Baars. He describes the term as EDD . Emotional Deprivation Disorder. Oh my goodness for the first time in my life I actually felt affirmed and understood. I went on to buy the audio book and listened to it over and over again on my way to work. This work that you are doing and Sue Baars has been a treasure of healing for me and others. Thank you! Thank you! Bless you!

I’m so glad Dee. Keep up the good work!

I am a retired therapist and I wish I had know more about CEN when I was working as I now see at the starting point for many maladies, for example: substance dependencies, codependency, sexual issues, depression and relationship problems. This, as well as further exploring my own personal CEN has made me a believer that this is a very useful and real issue!

I’m glad Charlotte. I do wish I had identified all this sooner.

Interesting question. I wonder if other therapists are just using other terms to describe CEN. For instance, narcissism is widely attributed to childhood abuse and/or emotional neglect. I think covert narcissism (AKA stealth narcissism), hypersensitive HSP and codependence have many of the characteristics as CEN…

Yet they are very, very different in quality and intensity.