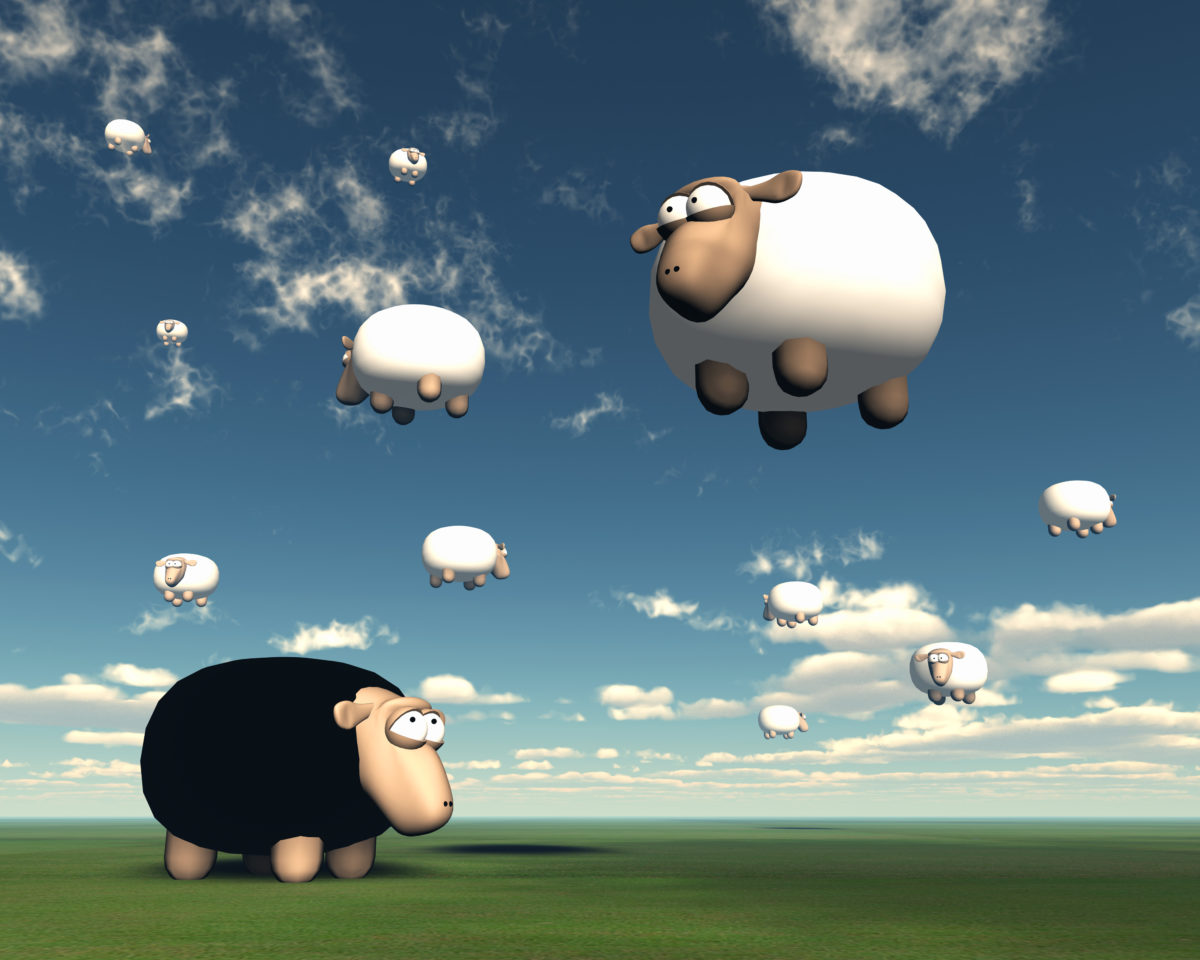 “I’m the black sheep of my family,”

said the young man who sat before me in my therapy office. I tried to imagine this adorable, sad young man being the “black sheep” of anything. I couldn’t.

It is true that sometimes the black sheep is indeed “odd” by anyone’s standards (sometimes the result of a hidden mental illness). Or she may be a sociopath who violates the family’s boundaries and care, so that the family has to exclude her to rightfully protect themselves.

But surprisingly, very seldom is either of these scenarios actually the case. Many, many black sheep are lovable folks with much to offer their families and the world. In fact, they are often the best and brightest. They may be the most creative of the family, or the one with the most powerful emotions.

In truth, the world is full of black sheep. Think hard. Does your family have one? This question is not as easy to answer as it may seem, for many black sheep are not physically excluded from the family. For most, it’s much more subtle. The exclusion is emotional.

Read the rest of this article on PsychCentral.com

strong identify with being the black sheep and learning to validate my emotional innocence in spiritual conscious connention and being lovable . unconditional love!