How to Tell Emotional Neglect From Emotional Abuse in a Relationship 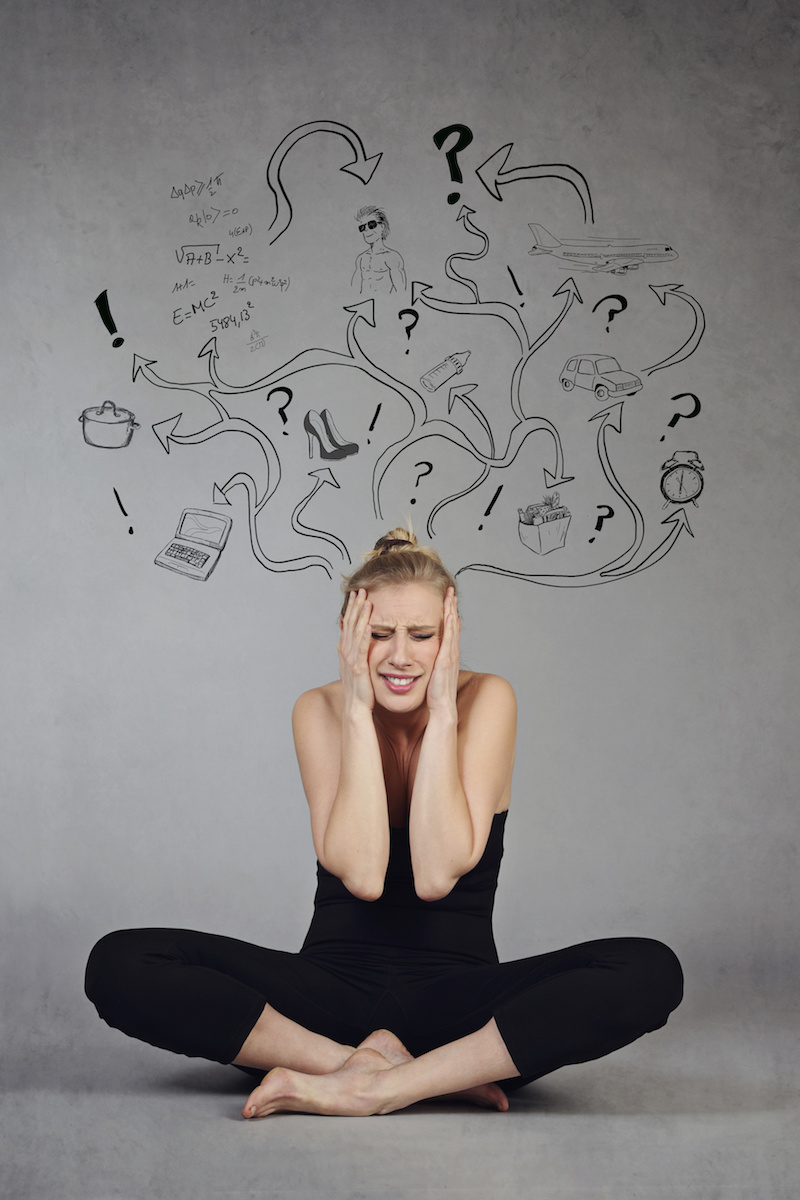 Let’s face it, relationships are complicated. I wish I had a dollar for every time someone has asked me, “Is this normal?” about their relationship.

One of the most confusing gray areas is the difference between emotional abuse and Emotional Neglect. Since neither is physical, both are difficult to perceive at all. Even more difficult is telling them apart. Even mental health professionals sometimes struggle to define the difference. And sometimes Emotional Neglect can be so severe that it crosses over the line, and becomes abuse.

How good are you at differentiating between them? Read about this interaction between Marcy and Jeremy below. Identify each option as emotional abuse, Emotional Neglect, or neither. Then read on to see if you got them right.

Marcy sits in the car outside Jeremy’s office, waiting for him. She is fighting off panicky feelings about attending her high school reunion. Marcy was bullied in high school and is anxious about facing the people from her past. She explained all of this to Jeremy last night and he had seemed sympathetic and understanding.  “Why couldn’t he be on time just this once? He knows how upset I am about this reunion,” she says aloud to herself.  Finally, after 45 minutes of anxious agony, Jeremy appears:

“Hi, Hon,” he says perkily, kissing her on the cheek. He hops behind the wheel and starts to drive as he talks about his day.

“Where were you?!” Marcy demands. “You know how nervous I am about this.” Jeremy explains that his boss kept a meeting going late. “We’ll drive fast,” he offers.

Jeremy sees the angry look on Marcy’s face before she says a word. “What’s your problem?” he says defensively.

First, let’s talk about Option 3. Whether Jeremy intends it or not, his behavior here is emotionally abusive.  He is not only drastically out of touch with Marcy’s feelings and her need to be emotionally supported, he fails to take responsibility for the fact that he kept her waiting, and how it affected her. In addition, he turns it back upon her by starting out defensive and stating that the “problem” is hers. That is abuse.

Option 1: Here, Jeremy is not abusive, but he is emotionally neglectful. By acting perky and failing to notice Marcy’s feelings, considering the situation, he is showing a profound lack of emotional attunement and care for Marcy. A lack of consideration this profound can approach (even cross) the border, and become emotional abuse.

Option 2: This one is probably the most difficult to identify. In this scenario, Jeremy is not abusive. And he explains why he was late, which shows that he recognizes that he left Marcy in an uncomfortable situation. However, he is still emotionally neglectful. The Emotional Neglect is subtle, but it is there. It’s because Jeremy fails to acknowledge the reality of the situation. Marcy isn’t panicky about being late, she’s panicky about her high school bullying and facing the people. So when Jeremy fails to notice her panic and misattributes it, his  “I’ll drive fast” is neither soothing nor helpful.

If you got all three correct, good for you!

If you missed one or more, it does not mean that there is something wrong with you. But it could be a sign that you grew up with some elements of emotional abuse or Emotional Neglect.

Jeremy gets in the car, looks into Marcy’s eyes, and takes her hand firmly, immediately steadying her. “I’m so sorry to keep you waiting. It must have been hell for you. Are you okay?” he says. He listens to her response and lets her vent. Then he says, “Don’t worry, we’re going to have a good time tonight. And if anyone’s mean to you, I’ll give them an atomic wedgie they will never forget.” They both laugh, and Marcy feels reassured, and ready to face her past.

Sometimes the lines between emotional attunement, emotional abuse, and Emotional Neglect can be blurry. Many relationships contain all three, showing themselves at different times. But that doesn’t mean that it is okay.

Watch for signs of emotional abuse or neglect. When you see one, tell your partner. Take responsibility, and talk about what went wrong. Strive to follow the Five Components.

Make a decision together that the emotional abuse or neglect stops here. And you can rest assured that you will not deliver either to the person you love.

Very nice. I have learned a lot from you, Dr Webb and I am grateful. This is how this scenario would go if I were Marcy

Scene 1: Jeremy: Hey Honey, “Ok, are you ready. Are you sure you really want to go to this thing?” As Jeremy starts to drive and talks about how busy the day was.
Scene 2: Marcy: What took so long? I’ve been here for 45 min? Jeremy: What? I was WORKING! It only takes 10 minutes to get there.
Scene 3: Jeremy: Ok, look you are obviously in a bad mood. I was working. If you had to wait, you had to wait. I’m sorry. I am tired and hungry and in no mood for this. I’ll call an Uber when we get there and go home. Have fun.

Is number 4 even real? Sounds like something in the movies.

Dear Leigh, yes, it is real and something for all couples to strive for.

Now let us look at the situation from Jeremy’s perspective, rather than from only one side.

Firstly, Jeremy is running late presumably due to circumstances beyond his control and thus will already be feeling guilty about Marcy having to wait. Thus they are BOTH feeling pressure and anxiety, not just Marcy.

Secondly, there is nothing wrong with Marcy calmly reiterating her thoughts and anxieties about the function (health assertiveness). The onus of communication lies on both parties involved. Marcy, knowing that she has a loving and caring partner, can initiate this (healthy assertiveness) rather than taking one of the 4 passive-aggressive approaches that is suggested.

The problem with all 4 of Marcy’s reactions (including the 4th option) is that all of the onus of communication is being placed on Jeremy. Marcy is setting Jeremy up for failure if her only form of communication is to hope he reads her correctly. Jeremy is not in an enviable position here.

What’s wrong with Marcy asking how Jeremy is feeling about the reunion and asking if HE has any concerns or anxieties. I bet he does too! That’s also a great way to open a discussion and likely, he will reciprocate the concern. It’s also a good way to disarm his current guilt about being late. Think about it, how many people get uptight when they’re late? Possibly everyone. So diffusing the situation is an EXCELLENT way to start.

Both people in the relationship have power, not just one. If you’re feeling anxiety, try asking how the OTHER person is doing instead of blaming them for not asking you how you’re doing. Accept responsibility in a relationship instead of finding a reason to blame your partner.

If both people subscribe to this philosophy then their ensuring the happiness of their partner and not only will both be happy, but the atmosphere of mutual respect will inherently make each other engage in a positive, respectful environment. Simple.

So back to the article’s theme of ‘neglect vs. abuse’, you could re-read the set up paragraph and find that Marcy is in fact neglecting Jeremy’s emotions. This too would be a trap however. Just more laying blame and finding fault in the other person. Look within to empower yourself Marcy. There’s a reason you’re with Jeremy in the first place, so trust in his good qualities and help him by bringing out those good qualities instead of setting him up for failure by forcing him to read you and expecting he’ll be perfect at this everytime.

Hi Pat, thanks for your thoughts. I did change paragraph 1 to make it more clear that Jeremy had been made aware beforehand of Marcy’s fears about attending the reunion and why. It was indicated before, but I made it more clearcut. You are absolutely correct that communication is key to expecting emotional attunement from someone. No one can expect to have their mind read!

I think your work is very, very important.

5 things is a lot to remember and, at this level of detail I would add a sixth, ‘plan for positive outcome’.

Would it help to re-work guidelines, and adhere to 5 plus or minus 2 things??:

1 create safety now,
2 process this moment,
3 integrate what you learn into a plan.

That makes 3 things to remember under pressure. Certainly, I get flustered and need simple guides. On reflection….there are too many words in my suggestion.

Emotional neglect is subtle yet tough, which is why your work deserves attention.

Thank you again for an example of what “the right way” looks like. I like the way you give an example of what emotional neglect looks like, then follow with what to do instead. I experienced both emotional abuse and emotional neglect as a child. Because I did not get “the right way” modeled for me or taught to me I often find myself in social situations not knowing what to do and I wind up freezing. I am learning that emotional connection is the key. As a child I had either bad connection or no connection. What I am learning is that good emotional connection is filling the emptiness I have felt for so long. I am learning to initiate connection and to recognize and receive it when it is offered to me. I am even coaching my husband to be more emotionally connected with me. Wonderful!