Raised By Emotionally Neglectful Parents: 17 Signs to Look For 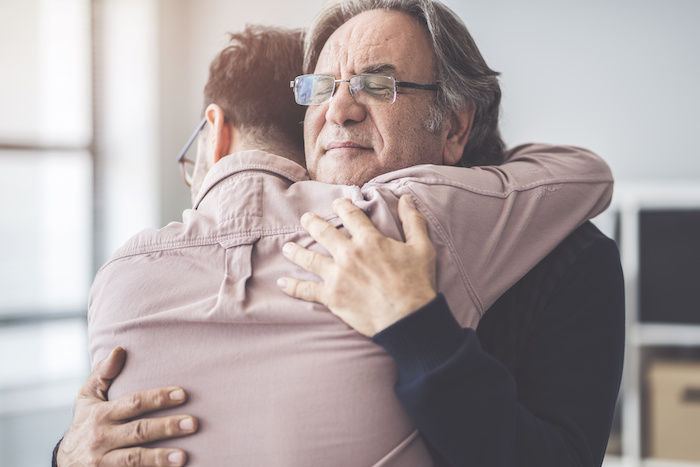 What kind of parents fail to notice their child’s feelings?

Since this type of parental failure (Childhood Emotional Neglect or CEN) causes significant harm to the child, people naturally assume that emotionally neglectful parents must also be abusive or mean in some way. And it is true that many are.

But one of the most surprising things about Childhood Emotional Neglect is that emotionally neglectful parents are usually not bad people or unloving parents. Many are indeed trying their best to raise their children well.

There are a variety of different ways that well-meaning parents can accidentally neutralize their children’s emotions. They can fail to set enough limits or deliver enough consequences (Permissive), they can work long hours, inadvertently viewing material wealth as a form of parental love (Workaholic), or they can overemphasize their child’s accomplishment and success at the cost of his happiness (Achievement/Perfection).

What makes these parents qualify for Well-Meaning Category 1 status? They think that they are doing what’s best for their children. They are acting out of love, not out of self-interest. Most are simply raising their children the way they themselves were raised. They were raised by parents who were blind to their emotions, so they grew up with the same emotional blind spot that their own parents had. Blind to their children’s emotions, they pass the neglect down, completely unaware that they are doing so.

Children of WMBNT parents generally grow into adulthood with heavy doses of three things: all the symptoms of CEN, a great deal of confusion about where those symptoms came from, and a wagonload of self-blame and guilt. That’s because when, as an adult, you look back at your childhood for an explanation for your problems, you often see a benign-looking one. Everything you can remember may seem absolutely normal and fine. You remember what your well-meaning parents gave you, but you cannot recall what your parents failed to give you.

“It must be me. I’m flawed,” you decide. You blame yourself for what is not right in your adult life. You feel guilty for the seemingly irrational anger that you sometimes have at your well-meaning parents. You also struggle with a lack of emotion skills, unless you have taught them to yourself throughout your life since you had no opportunity to learn them in childhood.

6 Signs To Look For

Struggling parents emotionally neglect their child because they are so taken up with coping that there is little time, attention, or energy left over to notice what their child is feeling or struggling with. Whether bereaved, hurting, depressed or ill, these parents would likely parent much more attentively if only they had the bandwidth to do so.

But these parents couldn’t, so they didn’t. They didn’t notice your feelings enough, and they didn’t respond to your feelings enough. Although the reasons for their failure are actually irrelevant, you have not yet realized this yet. You look back and see a struggling parent who loved you and tried hard, and you find it impossible to hold them accountable.

Children of struggling parents often grow up to be self-sufficient to the extreme and to blame themselves for their adult struggles.

4 Signs To Look For

This category stands out from the other two for two important reasons. The first: self-involved parents are not necessarily motivated by what is best for their child. They are, instead, motivated to gain something for themselves. The second is that many parents in this category can be quite harsh in ways that do damage to the child on top of the Emotional Neglect.

The narcissistic parent wants his child to help him feel special. The authoritarian parent wants respect, at all costs. The addicted parent may not be selfish at heart, but due to their addiction, is driven by a need for their substance of choice. The sociopathic parent wants only two things: power and control.

Not surprisingly, Category 3 is the most difficult one for most children to see or accept. No one wants to believe that his parents were, and are, out for themselves.

Being raised by Category 3 parents is only easier than the other two categories in one way: typically, you can see that something was (and is) wrong with your parents. You can remember their various mistreatments or harsh or controlling acts so you may be more understanding of the reasons you have problems in your adult life. You may be less prone to blame yourself.

7 Signs To Look For

Knowing the type of emotionally neglectful parents you have is tremendously helpful. It helps you improve your relationship with your parents, as well as protect yourself emotionally. Learn much more in my book Running On Empty No More: Transform Your Relationships,

This post is an update of an article first published on PsychCentral.

The 5 Greatest Myths About Emotional Neglect 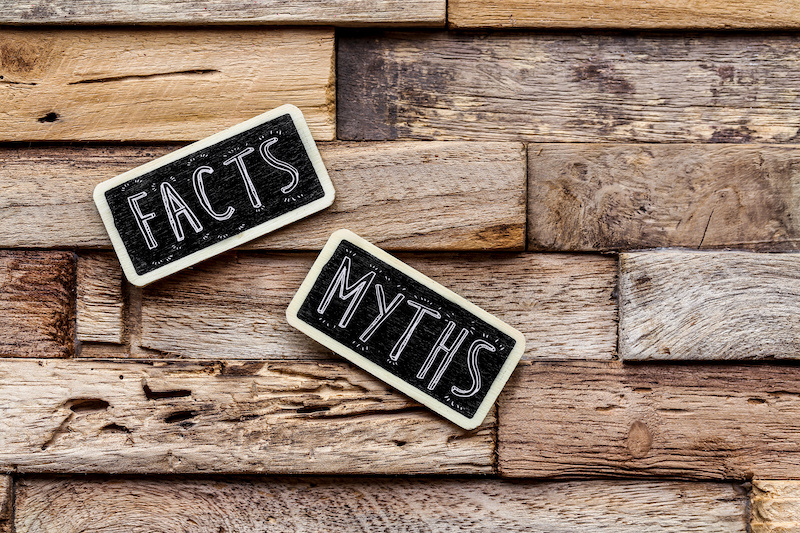 Of the hundreds of psychological and emotional conditions, Childhood Emotional Neglect (CEN) is, in my opinion, among the least widely understood.

That’s because we have spent decades talking about and studying the negative things that can happen to a child. As we’ve done all of this vital and important work, we have overlooked, and essentially ignored, an equal but opposite force: what fails to happen for a child.

Childhood Emotional Neglect (or CEN): A parent’s failure to respond enough to a child’s emotional needs.

Here are five natural, automatic assumptions that are frequently held and expressed, even by mental health professionals.

This has been the default assumption of many people for many years. In professional articles and research studies, Emotional Neglect is typically lumped in with the various forms of child abuse. It’s assumed that all of these forms of childhood mistreatment belong in the same category, and have similar effects upon the child.

Yet nothing could be further from the truth. While abuse is a parental act; something a parent does to a child, Emotional Neglect is a parent’s failure to act. The emotionally neglectful parent may never hit the child or call her (or him) a name. A mother (or father) simply fails to notice or respond enough to her child’s emotional needs.

Not only does CEN happen differently, it also has different and distinct effects. Since the cause and effects are all different from abuse, the path to healing is also different.

Contrary to how logical this assumption may seem, it’s not at all true. CEN is not about the number of available parents, or even the time available to spend with parents. It’s a matter of the emotional quality of the parent/child connection. Does the parent truly know the child on a deeply personal, emotional level? Does the parent notice, validate and respond to the child’s feelings? Does the parent teach the child how to tolerate, manage and express her emotions? These emotional aspects of parenting are not necessarily related to whether a parent is single or married.

Myth 3 — CEN is not as damaging as abuse.

It is true that CEN causes a different set of challenges than the experience of childhood abuse. But it’s not true that the effects of abuse are worse.

CEN is a quieter, less visible childhood experience than abuse so, as you might expect, its effects are quieter and less visible. But this is also what makes its effects more pernicious. Those who experience abuse will be impacted by it. They will grow up feeling perhaps violated, unsafe, and mistrusting. They may struggle to feel emotionally (or even physically) safe in relationships.

The effects of CEN are more like carrying around a weight. The CEN child must push away his emotions. In adulthood, he lacks access to this highly connecting, grounding, and enriching part of his life. He finds himself living in a gray world, feeling alone. Since he likely can’t recall the subtle and invisible emotional neglect from his childhood, he feels innately flawed. He assumes that he is to blame for these struggles.

Myth 4 — CEN is the result of a lack of love from your parents.

Ironically it’s often the most loving parents who emotionally neglect their children. This is because love and emotional attention are not the same thing and do not naturally go together.

In my experience, the single factor that most predicts a parent’s likelihood of emotionally neglecting her children is not whether she loves them. It’s having been raised with Emotional Neglect herself.

Myth 5 — All therapists know about CEN and how to treat it.

Virtually every therapist understands the foundation of CEN: that when a child’s emotional needs are not met, the child will suffer negative effects into adulthood.

However, there is far more to the concept of CEN than this general foundational point.  What are the specific effects of CEN? Exactly how and why do they happen? How do you know when a patient has CEN? How do you treat CEN specifically? The answers to these questions are not common knowledge in the professional mental health community. Nor have they been the subject of research. My goal is to change this in the near future.

CEN is real. When your parents fail to respond sufficiently to your emotional needs, it does not matter why. It leaves a mark on you as you grow into your adulthood. This mark you share with others who grew up in a similar way. This mark can be healed.

CEN can be invisible when it happens and also hard to remember once you grow up. To find out if you grew up with it Take The Emotional Neglect Test. It’s free!

To learn much more about how to reclaim your feelings and use them, see the book Running On Empty: Overcome Your Childhood Emotional Neglect.

Got Issues? It’s All Your Parents’ Fault

Everything that’s wrong in your life is the fault of your parents. Whatever your struggles, your mistakes and your pain, you are not to blame. You are an innocent victim of those who raised you.

At least that’s the way some folks interpret my definition of Childhood Emotional Neglect (CEN).

The definition of CEN: A parent’s failure to respond enough to the child’s emotional needs. People who grow up this way go forward into adulthood out of touch with their own emotions, feeling empty, alone and disconnected, and are baffled about what is wrong with them.

Here’s a comment that was posted on Ten Steps to Learn Self-Discipline:

Are you saying that when a parent fails to teach their children this skill well enough, that parent is guilty of Childhood Emotional Neglect? This article was insulting.

I’ve received many such comments. They point to one of the biggest barriers I have encountered in my efforts to bring the concept of Childhood Emotional Neglect to more people: the discomfort of blaming the parents.

Despite the overwhelming body of research proving it, many people strongly resist the fact that their parents’ treatment of them in childhood had a profound effect upon who they are as adults. It is uncomfortable to blame our parents for the problems and issues that we experience in adulthood. It feels like letting ourselves off the hook. Some people consider it “whining.”Continue reading