How Empathy Can Go Wrong: 3 Hazards to Watch For 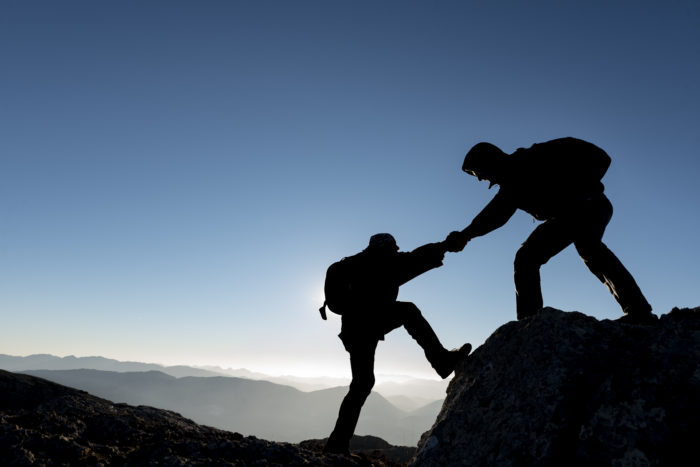 Judy knows that her husband, Tom, drinks too much. But she also knows that he grew up in an abusive home. Judy sees how Tom’s self-esteem plummets every time he visits his parents. She sees how hard he works to prove to himself, his parents, and herself, that he’s good enough. Judy feels Tom’s emotions every time she looks at him. She gets angry and hurt when he drinks so much, but she also feels his pain.

Todd, 20-years-old, understands that his father is well-known for his business success. His father has made many millions by buying and selling businesses and has his own company with 10,000 employees worldwide. Todd knows that his father has huge responsibilities on his shoulders, and can sometimes see the strain that his father lives under. This is what he reminds his younger teenage siblings (and himself) of when they are angry or hurt by their father’s verbal abuse.

Tina is a 42-year-old mother of three. She works full-time in the Intensive Care Unit of a local hospital. Tina is an empathetic and caring person, and others know this. She is typically the first one asked by her co-workers to cover an extra shift. She is the first one asked by the PTO president of her children’s school to organize and run a new committee. Tina can be counted on to say yes because she readily feels others’ stress and need, and always wants to be helpful whenever she can.

Of all of the emotions that we humans experience, one is generally believed, by psychologists, psychiatrists, therapists and neuroscientists alike, to rise above the rest.

Empathy. It consists of feeling another person’s feelings.

We can get angry, we can feel guilty. We can be frustrated or anxious. We can grieve or feel sadness, regret or resentment. But none makes a statement about who we are as a person, or about the nature of the human race like empathy does.

It’s the glue that binds a family, the bond that helps two people resolve conflict. It’s a salve for pain and an essential ingredient in resilient romantic love. If you’re a parent, you must have it for your children in order to raise them to be healthy and strong adults.

Study after study has shown empathy’s surprising power. Empathy can motivate a wife to protect her husband, spur a man to care for his elderly mother, and even reduce the pain of an electric shock. Therapists know that when they can feel a patient’s feelings, it is a healing force for positive change.

Most people would never think of it, but empathy does sometimes go haywire. This best part of the human spirit can turn against us and, unchecked, it can damage both the empathizer and the recipient. Being aware of the risks of empathy-gone-bad is both incredibly important and vastly helpful.

1. By being excessive: This happens when you feel someone else’s emotions so deeply that you are blinded by them. Too much empathy can allow unhealthy or damaging behaviors to continue when they really shouldn’t.

Example Judy: Judy’s empathy is getting in her way because it’s preventing her from setting limits with Tom. Tom needs to hear Judy say, “I can’t take your drinking any more. It’s hurting the kids and me, and it’s hurting you. I need you to deal with your drinking problem. Now.” And he needs her to mean it. But Judy feels so much of Tom’s pain that she can’t make herself hold him accountable. This is where empathy becomes enabling, and how it can harm everyone involved.

2. By being misdirected: This happens when you feel the emotions of someone who doesn’t deserve it. Misdirected empathy makes the empathizer vulnerable to exploitation by the recipient.

Example Todd: Now an adult, Todd is being unable to hold his father accountable for the damage he is doing to himself and his siblings. He’s essentially giving his father a “pass” for his bad behavior because of his empathy for him. In this way Todd’s empathy is misplaced. By failing to protect himself from his father’s bad behavior, Todd is risking his own happiness and health (and that of his younger siblings). For this he will, all of his life, pay a heavy price.

Example Tina: Tina has multiple responsibilities in her life: her children, her husband, her ICU patients, and herself. Yet none of these people gets as much of her time and energy as they deserve. That’s because Tina’s inability to let others manage their own stress and problems leads her to spread herself too thin. Depleted by the demands, Tina often feels exhausted and irritable around her children and husband. She wonders why she keeps gaining weight, and why there are dark circles under her eyes.

So Judy is enabling her husband, Todd is failing to protect himself, and Tina is harming herself (and by extension her family) by over-extending herself to others. These are three examples of how empathy can work against you.

How to Keep Your Empathy Healthy

Those who grow up with Childhood Emotional Neglect (CEN) learn early on that their feelings and needs don’t matter. This sets them up to be overly empathetic with others’ needs, and underly attentive to their own.

To learn more about CEN, emotions and how they affect relationships, Take the Emotional Neglect Test and see the books, Running on Empty and Running On Empty No More: Transform Your Relationships With Your Partner, Your Parents & Your Children.

A version of this article was originally published on PsychCentral.com. It has been republished here with the permission of the author.