The Side of Grief That Nobody Talks About 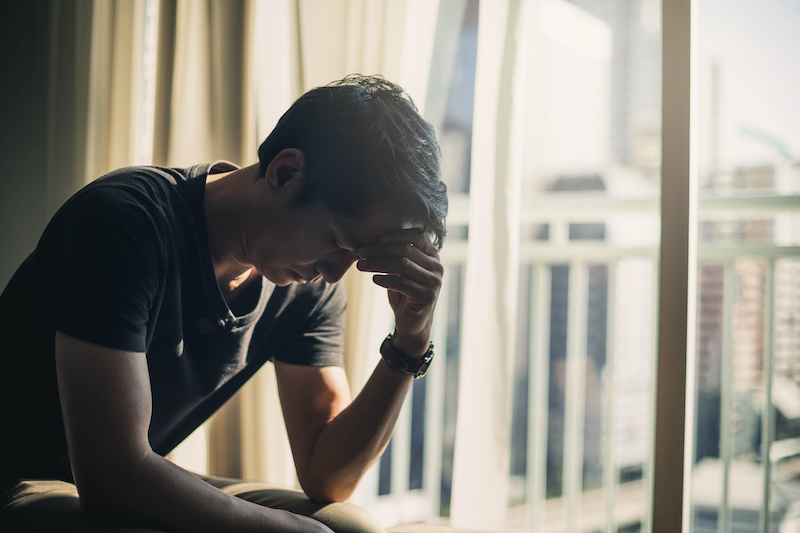 Grief. No one likes it and no one wants it.

But sadly, it’s a near-universal experience. It’s difficult to get through your life without having to go through some amount of grief.

Much has been written about how grief works, the most well-known being, of course, the writings of Dr. Elisabeth Kubler-Ross, the world-renowned Swiss psychiatrist who identified the 5 Stages of Grief which have comforted and validated legions of people by explaining the seemingly inexplicable feelings and stages that grieving people move through and share.

But right now I want to talk about a different aspect of grief that I see in an extraordinarily large percentage of people who lose someone. It’s not a stage of grief; in fact, it can be so ubiquitous that it’s not something people move through very well even if they are an emotionally healthy person.

Guilt is not a feeling that’s usually associated with grief, even though I observe that it’s very, very common, verging on being ubiquitous.

Since most folks don’t realize that guilt is a common and somewhat natural part of grief, they assume that their own personal guilt feelings must mean that they are guilty of something. To them, their guilt seems true and important.

But, from what I have seen, it’s usually neither true nor important, it’s just a feeling most people get when they lose someone close to them.

Why Guilt and Grief Go Together

Are Some People More Prone To Guilty Grief?

Yes, most definitely. Although I have seen that most people are vulnerable to guilty grief, there is a large segment of the population who are far more prone to it and can get more hung up on it.

These are the ones who have a general tendency to take excessive responsibility for things, too often blaming themselves for events and situations outside of their control.

They are usually folks who have a tendency to be hard on themselves and are perhaps even highly self-critical. If you are prone to self-blame and self-criticism, you can get stuck in your guilt instead of moving through it as others would.

And, even if you are not a self-blame prone person you can end up experiencing more discomfort than is necessary. When you are already suffering from a loss, why suffer more than is absolutely necessary?

An Ounce of Awareness + A Dose of Reality

As an expert on how Childhood Emotional Neglect or CEN affects adults I work constantly with people who are out of touch with, and unaware of, their own feelings. So, I find myself saying to multiple people almost every single day, “Pay attention to what you are feeling. It matters!”

Truth be told, most people, whether they are grieving or prone to self-blame or not would benefit from following the steps above. I say this for two reasons: first, far too many people are not aware enough of their own feelings to manage them as effectively as they could. And second, guilt is a feeling that occurs the most to the people who deserve it the least. And useless guilt is draining and, well, useless.

To find out if you grew up with CEN Take The Emotional Neglect Test. It’s free.

An Obstacle to The 5 Stages of Grief: Emotional Neglect From Childhood

I do believe that the quote above is absolutely true. It’s almost impossible to make it through your adulthood without experiencing a loss of some kind.

Being able to grieve in a healthy way requires a series of personality traits and skills that not everyone possesses. I have seen many people go to great lengths to avoid feeling their grief or get stuck in it, unable to look forward from it.

Many of these folks grew up with Childhood Emotional Neglect.

Joanne, who lost her husband four years ago is so bogged down in sadness that she enjoys very little in her life, and has problems getting out of bed every day.

Alex, whose sister died of breast cancer two years ago, lives a full and busy life, but feels dull and sad inside every time he stops running around and tries to relax.

In 1969, Elisabeth Kubler-Ross wrote her now-famous book called On Death and Dying. In it she described the 5 stages that she frequently saw people going through after receiving a dire medical diagnosis. Since that day the 5 Stages of Grief have been applied more broadly to all kinds of losses, like break-ups or accepting the loss of a loved one. It’s also important to note that these stages are not set in stone; everyone grieves differently, and may experience different feelings in different order at different times.

The Five Stages of Grief

In my experience, having helped many clients through many losses, one of the greatest prolongers of each of the 5 Stages is having grown up without enough emotional attention, validation and response from one’s parents: Childhood Emotional Neglect, or CEN.

When your parents do not respond enough to your emotions as a child, you learn very early and well that your emotions and emotional needs are irrelevant (or even bad) and should be avoided. To adapt, you wall off your feelings and needs so that they will not burden your parents. Not surprisingly, when you are living with your feelings blocked off, it throws major obstacles into your path through the 5 Stages.

How Childhood Emotional Neglect Blocks the 5 Stages of Grief

The whole point of the 5 Stages is to move through them. Experiencing one phase, allowing yourself to be in it and face it prepares you to move to the next phase. Moving through the phases allows your brain to process the reality, preparing you for acceptance. Acceptance must happen before you can turn your attention forward to rebuilding yourself and your life.

If this is you, it’s important to re-direct and focus yourself.

4 Ways to Manage Your CEN Through Grief

When you are grieving something, it’s crucial to acknowledge that you only feel grief when you had something great to begin with. So a part of your grief must be appreciation and gratefulness for what you had.

And remember the words of one of the greatest authors of all time:

Only people who are capable of loving strongly can also suffer great sorrow, but this same necessity of loving serves to counteract their grief and heals them.

To learn more about Childhood Emotional Neglect, and how to accept and process your emotions see EmotionalNeglect.com and the book, Running on Empty.