The 5 Elements of Deep and Meaningful Personal Change 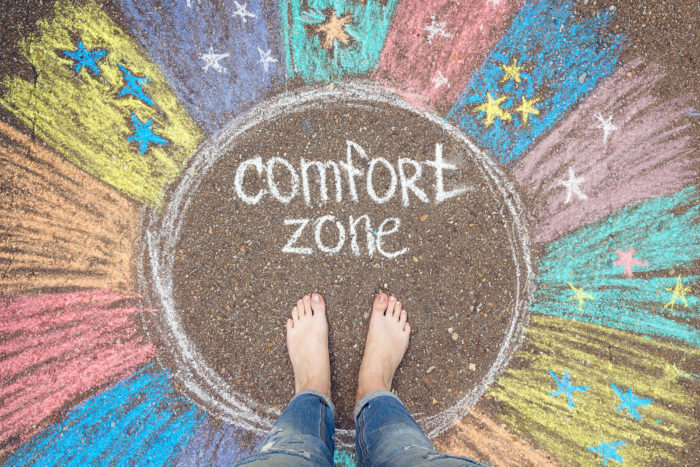 How many times have you heard someone say that?

Several years ago a woman came to my office asking for help with an extramarital affair that she was having. In an attempt to help her sort it out I began talking with her about why, when, how; her own feelings and needs, her marriage, and her family history. We had a number of meetings in which I worked very hard to help her figure out what to do about it, and how she might handle ending the affair and beginning to repair her marriage (which is what she said she wanted).

Over time though, I started to see that our work was not producing any relief or help to her. My questions did not spur further thinking on her part, and my suggestions seemed to fall on deaf ears.

Finally, after about six visits, she said something very telling to me which stopped the treatment cold. She said, “People don’t change.”

Further exploration of her comment revealed that she was extremely entrenched in this notion. She wanted to come to see me only to vent and receive support; she did not see that she had the ability to change herself or her situation.

Since that time I have encountered many people who resist the idea that they can actually change themselves. And I have noticed that the less aware you are of yourself and your feelings, the harder it is to envision yourself changing. Why are you unaware of yourself and your feelings? It’s quite often the result of Childhood Emotional Neglect or CEN, which is growing up in a household that does not address the feelings of its members.

If you experienced Childhood Emotional Neglect, you are likely focused outward, on other people and their needs, leaving you out of touch with yourself, your emotions, and the sense of self-mastery that other people enjoy.

The 5 Key Elements of Change

1. Awareness: seeing the problem. For example, “I have a problem with my temper.”

2. Commitment: making a clear decision that you want to change. For example, “I’m going to improve my temper.”

4. Doing the Work: While changing ourselves is definitely possible, it is usually not easy. That’s why awareness, commitment and breaking it down into steps become so vital.

5. Asking for help: from spouse, friend, family or a therapist.

Here is a tiny sampling of the myriad ways that I have seen people change themselves:

And believing that it’s possible.

A version of this article first appeared on Psychcentral.com. It has been reproduced here with the permission of the author.

Do you think that people with CEN are more susceptible to having an extramarital affair?

I can’t say that I know the answer to this. I do know that CEN does keep couples emotionally disconnected from each other and this is one major factor that contributes to affairs. It is not an excuse, but perhaps can be an underlying contributor.

The statistic that. 40% of we Americans are lonely doesn’t help our efforts.

You explained that all very well Andy. Alcoholic parents are a primary type of CEN parents. Keep healing.

I’ve been through a lot in my life i want to change for a better person faithful, honest and never hide what I feel

I could spend an eternity making small steps, but I am thinking that a headlong plunge is truly what is required to really make a change; and that of course would entail moving on from the so-called comfort zone. (Un)fortunately, I remain uncertain where or indeed how to plunge, but I am going to use I-triple A to give it thought over the next few months. Thank you Jonice

Dear John, I think a headlong plunge is a great idea. And while you have the momentum, you must capitalize on it! Learn everything you can about Childhood Emotional Neglect, and make a decision about what will best aid your healing. Consider the many resources available on this site. Go for it!

Funnily enough, I found recently myself watching the spanish language film “Re Loca” on a plane flight in which the central character does suddenly change her attitude & behaviours. It is funny but meaningful & some choices she makes are poor. I watched it again on the way home, and it has left in me a little spark for a brighter future.

That’s great John! You can definitely change if you really want to do it.

Hi John
I have been thinking about your comments and looking at my situation, I wonder whether we are so worried about making the ‘wrong” decision much of the time, we don’t make any? Scott Peck, I think, (or was it in feel the fear and do it anyway) says there is no such thing as a wrong decision just a different path taken. Fear freezes us in our comfort zone and maybe exploring that is a starting point?

How do I know what I really really want?

How do I find “believe” is even possible?

What does “want” mean? I can live with what is available, I am very good at making best of anything. I do not know what I want, or how “want” looks, or what “want” is.

Thinking about “want” is very threatening, imminently dangerous to me, and shoves me closer to death.

Without knowing what I want clearly, I don’t go anywhere, I don’t know if change is ever possible or even necessary. Change seems beyond my reach and the world is for people, not for me. The real world seems where I cannot belong, but I am living in it.

It hurts to be alive. I guess I can change the way I am, but thinking about “want” adds more hurt. I don’t know where to start, because nothing is concrete where I can stand on or use as a reference point or standard.

Dear M, step 1 is to find a therapist to talk with. You need and deserve some direction, guidance, and support. You do not have to live this way!

Thank you for this article.