The Different Faces of Emptiness: Part 1 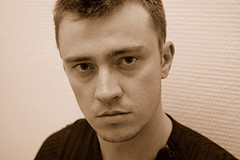 Since the release of Running on Empty in 2012, many people have identified with the feeling of Empty. People who don’t have it don’t understand. But people who feel it know:

In many ways, emptiness or numbness is worse than pain. Many people have told me that they would far prefer feeling anything to nothing. It is very difficult to acknowledge, make sense of, or put words to something that is absent. Emptiness seems like nothing to most people. And nothing is nothing, neither bad nor good. But in the case of a human being’s internal functioning, nothing is definitely something. Empty is actually a feeling in and of itself. And I have discovered that it is a feeling that can be very intense and powerful. In fact, it has the power to drive people to do extreme things to escape it.

(From Running on Empty: Overcome Your Childhood Emotional Neglect)

Empty is the” unfeeling” feeling. It’s the painful sense that some vital ingredient is missing from inside. Does it feel the same for everyone who has it? For example, does it feel different if you have depression, a personality disorder, or just straight Childhood Emotional Neglect (CEN)?  The answer is yes. It all depends on one factor: how extreme were its causes?

So if you have Empty Type 1 or 2, you have a cohesive “self,” but you lack access to your emotions. With Type 3, you have a fragmented “self” and little access to your emotions. But the anger and pain caused by the unpredictable, shallow and harsh treatment throughout childhood runs deep. Those emotions may erupt unpredictably and intensely, outside your control. You feel empty because you sense, deep down, that your true “self” is fragmented or missing. Sadly, you were not able to develop it while you were growing up.

Here’s the good news. All three forms of emptiness, once understood and acknowledged, can be overcome. Watch for my next post, The Different Forms of Emptiness Part II, which will be about the paths to healing when you have Emptiness Type 1, 2 or 3.

Yes, they are different.

I am so glad I have found this website, I’m seventeen and for years now I have never felt emotion, neither good nor bad. It’s like I don’t care about anything. I don’t think I have the capacity to love someone romantically, and I even sometimes doubt that I love the people in my family. I feel completely empty. I don’t know if it’s related or not but I am also physically numb, in the sense I am never sexually aroused by anything. I’m really hoping this site will give me some answers and maybe give my emotions and feelings back.

I’ve taken your “test” (most answers were “yes”. Having grown up in a bordering town from you, with alcoholic parents who divorced when I was 10 y.o. (1950’s) I wish I’d found you LONG ago. At that time the elephant was still in the LR. I don’t remember, but I must have suffered chronic stress due to emotional neglect as an infant. I had one brother 1 yr older who I’m sure demanded more attention. Most definitely later on… as well as emotional abuse. I’ve read your book, it was great. It shouldn’t take 60 years to recover from and understand the effects of our past. I was told recently by a LCSW, that I suffer PTSD and it was suggested I study Peter Levine’s books on trauma. Do you have any experience in his technique of “Somatic Experiencing”? I live too far off the beaten path to find anyone less than 200 miles away. If you know about him/his work, would you recommend using his CDs? I’m fairly sure I won’t go off the deep end. LOL 🙂 Thanks.

Hi Nancy, first let me say that’s neat that you’re from my home town area! I do think there are licensed psychologists in some of the larger towns around there. To answer your question, Peter Levine’s methods are legitimate and can be very effective. If you are drawn to his style of work, I think using his CD’s is definitely worth a try, but I think it would work best if you found a psychologist to use for talk therapy while you go through it. I’m glad you found Running on Empty helpful! Keep up your efforts, and it will continue to pay off. Take care, OK!

Thank you so much for your work, it has been so helpful! I have been working through my type 2 childhood; my mom had Narcissistic PD and my dad wasn’t much better. I have incorporated the change sheets into my daily life and I’m seeing a therapist but somehow I still go through periods of numbness were nothing helps, I am wondering if you have any more advice? Thank you 🙂

Hi Courtney, that is wonderful that you’re doing the work as you are! I assure you that periods of numbness are a normal part of the recovery process. The more work you do, the less they will happen and the shorter they’ll be. If you’re not doing the Identification & Naming Exercise at least daily, you could start doing it more. Also, meditation is very helpful in opening doors. Don’t be discouraged, just keep breaking down the wall between yourself and your feelings. It will continue to pay off! Wishing you all the best!

Type 2 resonates with me. Change is underway, at long last. I now take my emotional self abandonment seriously, and no longer place credence in the belief system I absorbed as a kid. For me, using the proactive term ‘birthing a new mother’ is helpful. It captures the essence of developing a consistently welcoming, supportive, and appreciative advocate in my head and heart, in the place of old punitive messages that would still be on auto pilot, if I did nothing. Your perspective is so welcome!

That sounds like a wonderful strategy Flo. I hope others who read your comment will do the same. Keep up the good work! All my best wishes.

Thank again for all th wonderful information. With what I learned about myself in “Running on Emptying” has changed my life. It’s such a relief to know and put a name to what I’ve felt all my life.
Please continue your wonderful work.
Many blessings,
Nora

Nora, thank you for your comment! I’m so happy to have been a help to you. Wishing you all the best.

would be very interested to have access or links to part 2 as a partner of a bpd sufferer. Thanks

Check back. I haven’t written Part 2 yet but will post it in the coming weeks. Take care!

I am thrilled to come across this site. I was raised with #3 and know exactly how painful it is to feel empty. I am glad to know I can conquer this, and begin to feel Like a whole person for once in my life. I am 23 and still trying to figure out who i am for myself.

Good for you Tabatha for doing the work! I assure you that you can conquer it. Keep it up.

Thank you so much for this, I was raised with a mix of all of those. Currently awaiting therapy, I look forward to your next post.

I promise to post it as soon as possible. Be sure to check back!

I am delighted to happen upon this site and am very interested in the topics here.