This Pandemic is a Good Time to Face Your Social Anxiety 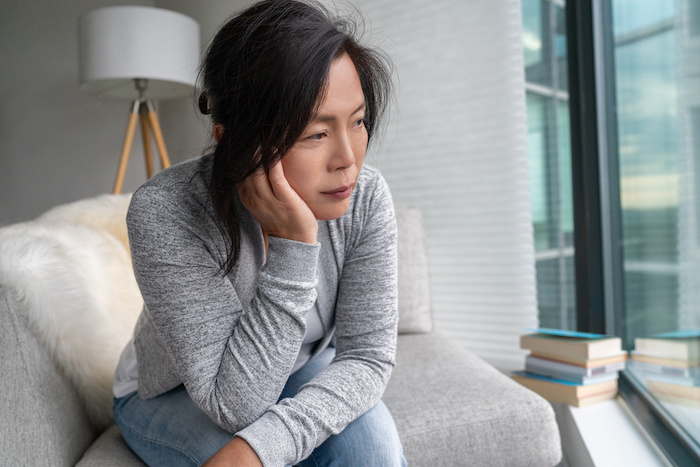 Remember how you used to feel when you were invited somewhere? All kinds of things went through your head as your discomfort grew:

How many people will be there?

I’d rather be alone.

Most people enjoy parties, reunions, conferences, and group activities of all kinds. But there’s a fairly large subset of people who feel so exquisitely uncomfortable in a group that all they can think about is:

When can I escape?

How many times have you thought, or said, one of the sentences above? If your answer is, “Many,” I want to assure you that you are not alone. Being in a group requires a different level of confidence and different social skills than spending time with someone one-on-one.

Having talked with countless numbers of folks who avoid groups, I can say with confidence that most likely it’s not the group itself that you’re avoiding.

Actually, you’re avoiding a particular feeling or set of feelings that you have when you’re in a group.

Here are some of the feelings I’ve heard described over the years by folks who are uncomfortable in groups:

What causes these feelings? What is it about being among a number of people that would cause a person to have any of these uncomfortable emotions? Is it a result of anxiety or depression? A social phobia? Is it a weakness or a fault?

Sure, some of these can be possible. Depression can make you feel like isolating yourself, and anxiety or social phobia can make you too nervous to enjoy the company of others.

But if you’re reading this looking for answers, I want you to dispose of the idea that your discomfort is a result of personal weakness or fault. Neither of those is the answer.

And now I’d like to give you a far better explanation than any of those. Chances are high that your discomfort in groups is caused by one of three factors.

And now the good news.

You can’t control other people (except perhaps unconsciously, thanks to Self-Fulfilling Prophecy). But you can control your feelings. Feelings can be managed. And now, during the pandemic, while the pressure is off, it’s an excellent time to start working on your discomfort!

Steps to Overcome Your Discomfort in Groups

These people are fine. They’re not the problem.

You’re an adult, and no one in this group can hurt you.

You’re a good person and you belong here.

It doesn’t matter what other people think.

It’s just a feeling. It’s old, and you don’t need it anymore.

You’re a person, on equal footing with everyone else here. And you matter.

This article was initially published on psychcentral.com. It has been updated and reproduced here with the permission of the author and Psych Central.

I appreciate this article and I do think it would be wise to get out there and expose myself to the situations that give me anxiety during the pandemic, which in my case is every social interaction. CEN is directly linked to that too because no mother figure taught me the “ways of the world” so walking up to a hostess at a restaurant, interacting with a cashier at the grocery store,etc. all give me loads of anxiety. Everyone seems so confident and comfortable in public and because I am introverted and was never guided in this it is paralyzing for me. I think my social brain hasn’t also fully developed, which makes me have to concentrate more. It will be the triumph of my life to overcome this.

Dear Ketsia, a triumph indeed! You cannot allow this anxiety to defeat you. I might also suggest that you consult with a psychopharmacologist to see if there is some medication that might help manage your anxiety as you work to change and learn. It could give you a leg-up and make it easier. Either way, I hope you will take this on.

There are so many reasons to be around other people that have nothing to do with caring what they think. I think what you’re missing here is how vital it is to be yourself and let people either like you or not. Turn your attention to being who you are.

Curious as to the connection between social anxiety and CEN – these are commonly connected?

I have both and didn’t really think that the SA was connected to the CEN.

Dear Linda, CEN makes you feel you are different, flawed, and don’t belong, and this is the crux of many people’s social anxiety. Beginning to get in touch with your feelings instead of walling them off helps resolve it.

Or maybe some people who don’t like groups are introverted and it’s not about anxiety. I have no problem being in groups, I’m not anxious and I don’t feel left out or judged. Honestly I would rather stay home because gatherings are simply not fun and it doesn’t matter who is there. I wish that more people, especially mental health professionals, would acknowledge and normalize introvert behavior. We’re not broken and we don’t need to be more outgoing. I’m not suffering, I’m just different.

Dear Thessaly, introversion is a completely different characteristic than social anxiety. This article is about anxiety but I have written others about introversion too.

Thank you Jonice, this article was very thought provoking as usual.

I left a moms group that I had been part of for 9 years. One of the moms ganged up on another mom and the rest of the group seemed to back her bad behaviour. I felt very uncomfortable, even though it wasn’t directed at me.

I always felt judged, ignored or had to fight to get a word in with that group. Same as how I felt growing up interestingly enough.

The girls asked me to stay and work things out but the confrontation felt to hard for me.

Should I have stayed to work things out? How do I deciper if that group was toxic for me or if it was just my interpretation of events and feelings due to Serious CEN caused by my emotionally devoid childhood?

Dear Leanne, CEN does indeed make it difficult to judge what’s toxic and what’s just natural conflict between people. I’d suggest running things like this by someone whose judgment you trust to help you make decisions. And start learning about your own feelings because that’s an important part of the route to get better at handling situations with others.

What should be my goal when I’m in a group I feel uncomfortable with? I have been avoiding one because when I go I feel inferior, like a failure and I put on a bravado. I can’t imagine my goal is to not feel those things at all. What am I going for?

Dear Leez, instead of trying for a particular feeling, which will not work, focus on what you do feel when you’re in a group. Your feelings, and figuring out why you have them, hold the key to changing this.

thank you for this article, naming this issue Jonice. Now I see it’s real, I’ll follow your guidelines to make some different choices. I’m ‘glad’ to see it’s a real issue and not just me being ‘difficult as usual’.
cheers

Thanks Dr Webb for another enlightening article and also for the helpful tips – if we ever get out of lockdown I’ll definitely try all of them. In the meantime I’m one of those people you describe in your opening paragraph.. infinitely grateful to have an excuse not to deal with groups! I’m okay if I’m formally leading a group eg as a manager or a trainer; in fact most people I’ve led seem to appreciate my contribution. It’s more in the social setting that I struggle, experiencing the “exquisite discomfort” plus all those thoughts you mention, while pumping out the “awkward” vibes. It’s like torture and all I can think of is escape. So, sometimes I can be quite extroverted and other times debilitatingly inhibited. Actually when I think about it, self expression and leadership were not required in my family of origin. Being quiet, obedient and good were valued above all. Therefore once I became older and experienced leadership situations I was coming to them without the inhibiting influence of that first group. I understand personality is fixed, something we are born with. So I wonder, does CEN suppress a person’s natural extroversion and push them more towards introversion? Or are we talking about something else altogether? I’d appreciate your thoughts. Thanks

Dear Kara, great questions. Different kids respond to CEN in different ways. A naturally outgoing kid may learn to keep quiet and feel more comfortable alone, or may learn to make superficial connections with lots of people instead of deeper, more meaningful connections. It’s a complicated picture and it sounds like you are doing a good job of thinking through your own personal experiences and results.

Illuminating artlcle . . . I was a constant target of verbal and emotional abuse by my mother, and the rest of the family either stood back or ganged up on me. (Cause #1) Of course, when I went to school, I acted like an animal at bay: wary, defensive, and often antagonistic. My attitude evoked hostile reactions and some bullying. (Cause #2) By the time I was a young adult, I was convinced that I was an eternal outsider, who belonged nowhere. (Cause #3) I’ve had better experiences in the decades since, found real acceptance, and deal much better with groups now. Nevertheless, there’s always that vigilance and sense of alarm in a new situation: am I going to be dealing with a group–or a mob?

Dear Anne, that need for preparedness when going into a group situation was programmed into you by your childhood. Good for you for the work you have done to overcome it! Keep working on it.

What things might cause the opposite problem – groups being easier than 1:1? Although some groups are better than others, getting stuck in a long 1:1 conversation is far worse for me.

Perhaps you are more comfortable with superficial conversations than ones that require you to make a true connection? It’s something to think about.

Hi Dr Jonice,
Thank you for your articles. I find being highly sensitive contributes to my being uncomfortable in groups. Then add to that CEN … and DID …
I have been trying to reconnect with a highly sensitive group of people I know, but am struggling to cope with Zoom. Real life is easier for me.
I had to teach myself social skills, when I left home. I have come a long way.

Dear Glenna, I know Zoom can be difficult, but it’s so important for you to keep trying. You have come a long way so you can go even further, I am sure.

Where is the list of uncomfortable feelings mentioned in step #2?

I’m sorry, DB, it’s meant to say the list above. I just corrected it.