Want to Cope Better With Criticism? You Can Build A Boundary to Filter It 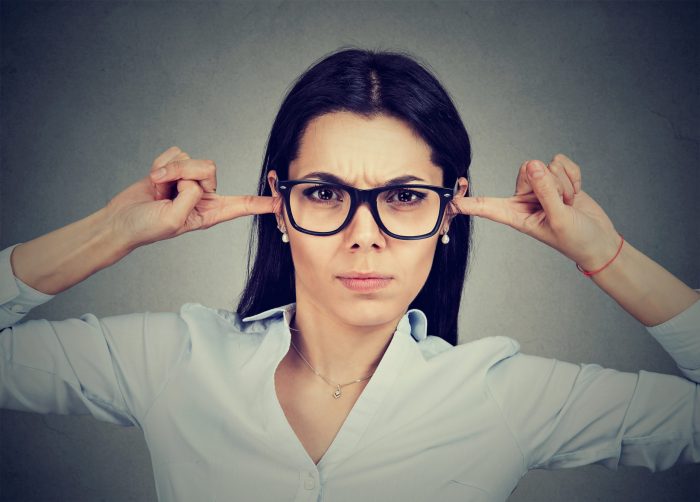 Wife: Every time I say something even slightly negative to my husband, he gets really hurt and angry and refuses to discuss it.

Employee: Every year I’m extremely nervous to meet with my supervisor for my annual evaluation. If she gives me any criticism, I’m not sure I can take it.

Student: I made a C on my first statistics test. I guess I’m not cut out for this graduate program.

Friend: My friend Maggie told me that she thought I could get a better job. I feel so insulted that I haven’t talked to her for a while.

Stranger: The cashier at the grocery store snapped at me for taking too much time to pay. I was so upset that it ruined the rest of my day.

When I was 23 I started my first year of grad school. I was so excited that I had been chosen from hundreds of applicants for admission to a Ph.D. program in psychology. My first test in the psychology program was in statistics class. I was appalled to receive my test back with a big ugly C on it. “Are you prepared for the rigors of this program?” my professor had written at the top.

Actually, I was more than appalled. I had never imagined making a C in graduate school, let alone my first test. Stunned, I went home and questioned my entire life plan. “Maybe he’s right and I’m not up to this. I guess I’m not as smart as I thought. Maybe I should just drop out now before they kick me out,” I agonized.

Let’s face it. No one can go through life without getting negative feedback or criticism from others. And believe it or not, that’s actually a good thing. Because feedback (especially negative feedback) is essential for your growth and health.

We all have our own view of ourselves: our choices, behaviors, and performances. Criticism from others offers us a view of ourselves from the outside. In this way, other people’s views offer an excellent source of information about how we can grow. Yet unfortunately, many of us aren’t able to take advantage of this rich resource.

Folding and fighting are two very different responses to the same thing: feeling hurt. Unfortunately, neither response allows you to benefit from the criticism. And both happen when you lack a good, healthy Criticism Filter.

To become stronger in the face of criticism (and maybe even benefit from it), all you have to do is build yourself a boundary to keep criticism from spearing you in the heart while you process it. Sound easy? It’s not.

But you can do it!

5.   If your criticism carries something valid and useful, develop a plan of action. Is there something you can or should try to change about yourself or how you’re doing things?

And now, flashback to 1983. After several hours of painfully questioning my abilities and my future, I suddenly felt indignant. “Who is this professor to question my potential on the basis of one test?” I thought to myself. “He doesn’t know me at all.”

So why would he say that? I knew the answer. Because he was challenging me to either work harder or get out.

I also realized my part in this event. I had been over-confident and had not studied properly for the test.

I took out my Statistics book and started on page 1. I spent the entire weekend poring over every page and working through every problem until I fully understood every element of every section we had covered so far and was actually ahead on the material.

And what did I take forward from that experience? I never again went into another test under-prepared.

Sometimes I look back on that experience and wonder what might have happened if I had given up? Where might my life have gone, and how many regrets would I have taken with me?

Each experience of criticism is a challenge: to get better, get stronger, or change for the better in some way. You can fold or you can fight.

Or you can filter it and use it to make yourself better.

A version of this article was originally published on Psychcentral. It has been republished here with the permission of the author and psych central.

in my head I know criticism is a good and helpful thing. But in my heart or so I feel rejected by criticism – it feels like I am not good.
I haven’t found the button yet to switch over and not be hurt by criticism.

I absolutely identify with this- except I did not have your insight. At 23, I was preparing to join the Peace Corps after a glimmer of a psychological awakening made me realize I had no identity of my own, no ‘self’ outside of the ever changing chameleon as a person who found their identity in relation to whatever guy (often a ‘loser’) I was dating at the time. I had my application mostly filled out when someone offhandedly told me the Peace Corps only wanted people who spoke another language and had a college degree. I didn’t have either, and without looking into it further, I dropped my application in the trash. Who would I be today if I had gone through with it? If I had not given up? Up until recently, my whole life was characterized by giving up on myself. Waiting for someone else to save me, to make me feel seen and worthy and important enough. I traded water for decades. I hope for no more.

Dear Anna, yes, it is time to stop treading water and begin to swim! It sounds like you recognize what’s been wrong. There are answers for you and you can make changes that will help you feel happier and move forward with confidence.

I love your books, Jonice, and I’ve read both. This article has some good information in it, but you didn’t say what to do if the person criticizing you is actually trying to be hurtful. Sometimes people say things that are half true but twisted enough to blame you for something that isn’t your fault. One time I was blamed for someone’s suicide attempt even though I was actually the only one trying to help them. What do you do when someone is criticizing just to hurt you?

Dear Ender, you are right, this article is about actual feedback. The boundary I discuss also helps with false, abusive criticism as well. In fact, in those situations is when we need the boundary the most. I’m so sorry someone treated you that way! I’ll try to write an article that’s about how too protect oneself from abusive accusations and harsh treatment.

I have almost the exact same story except it’s 1981. First semester of grad school. I had avoided math as much as possible since high school. I had to take a pre-requisite calculus course. On the first test, I got a D, and C’s on the next two tests. I almost never got C’s on anything so I was in a full-blown emotional crisis. I feel bad just thinking about it today. About halfway through the semester I pretty much stopped studying everything else except calculus. About two days before the final, I found I “got” calculus, it became easy, and I got a 100% on the final which was just barely enough to give me a B. I was very proud of acing the final but I spent so much time studying calculus that I got B’s in most of my other classes, the classes in my major. Years later I talked to one of the professors who taught one of those other classes in my major that first semester. He admired some work I had done right after I got my M.S. and said when I took his course, he wondered how a grad student could get a B in his undergraduate course. He assumed I wasn’t trying. I told him the calculus story. He said I should have told him. He said that if he knew the calculus story and some of my unique work experience, he later probably would have offered me a Ph.D. assistantship. But that first semester I was too ashamed to talk to any of my professors about my calculus problem. I was afraid they would criticise me. I couldn’t take that. So I just tried to become invisible.

What a helpful story for so many people to read. I can’t thank you enough for sharing it! It’s a great example of how allowing ourselves to be open and vulnerable to the right people can open doors. When we close ourselves off and “hide” we miss out on what really matters. In hindsight, I hope you’ll view this as a learning experience that gave you something valuable to take forward in your life.

I am so sensitive to criticism that at the very breath of it I fold. I guess it comes from being neglected by parents and badly abused by a much older sister. This has cost me many good relationships, I’m sure. If I get the idea that someone could turn or drop me, I’d rather just go and not even discuss it. I know I’m not perfect but I don’t want to wait around to be clobbered either.

Dear Janet, abuse and neglect from your immediate family would indeed set you up to expect it from others. I encourage you to work through your abuse with a therapist. Then focus on the neglect after that.

Thank you so much for helping me to understand myself in ways I never knew even existed. I usually refer to myself as having “survivors guilt” for lack of a better explanation to what you have revealed to me as CEN. Thank you for sharing your wisdom & knowledge on this subject so that maybe I may finally understand myself & what makes me “tick”.

Survivor’s guilt can hold you back from realizing your potential. I hope you’re feeling empowered to work toward it!

Thank you for sharing this information.
It was so helpful…criticism can cripple you if you let it.
Or you can take it in and process it, to see what you can get out of it.

This is an excellent article. I wish that I had known someone like you when I was younger. However I do take encouragement from the fact that emotional ignorance can be a thing of the past if psychologists like you can fully educate the public.
Thank you

it’s not too late, Catherine, whatever your age!

Thank you. Every word helps unfortunately I am 67 and have been afraid of failure all my life. Opportunities have presented but when they got hard and I thought I would fail I moved to something familiar. Everyone said I should be a leader. I was always too afraid.

Your life can be greatly improved if you do the CEN work, Chris. I hope you will take it on.

I am a fight and/or fold person. I must learn to use a criticism filter. It won’t be easy but sounds like it is something I would benefit from. Always enjoy your articles. Thank you.