When the Narcissist Becomes Dangerous 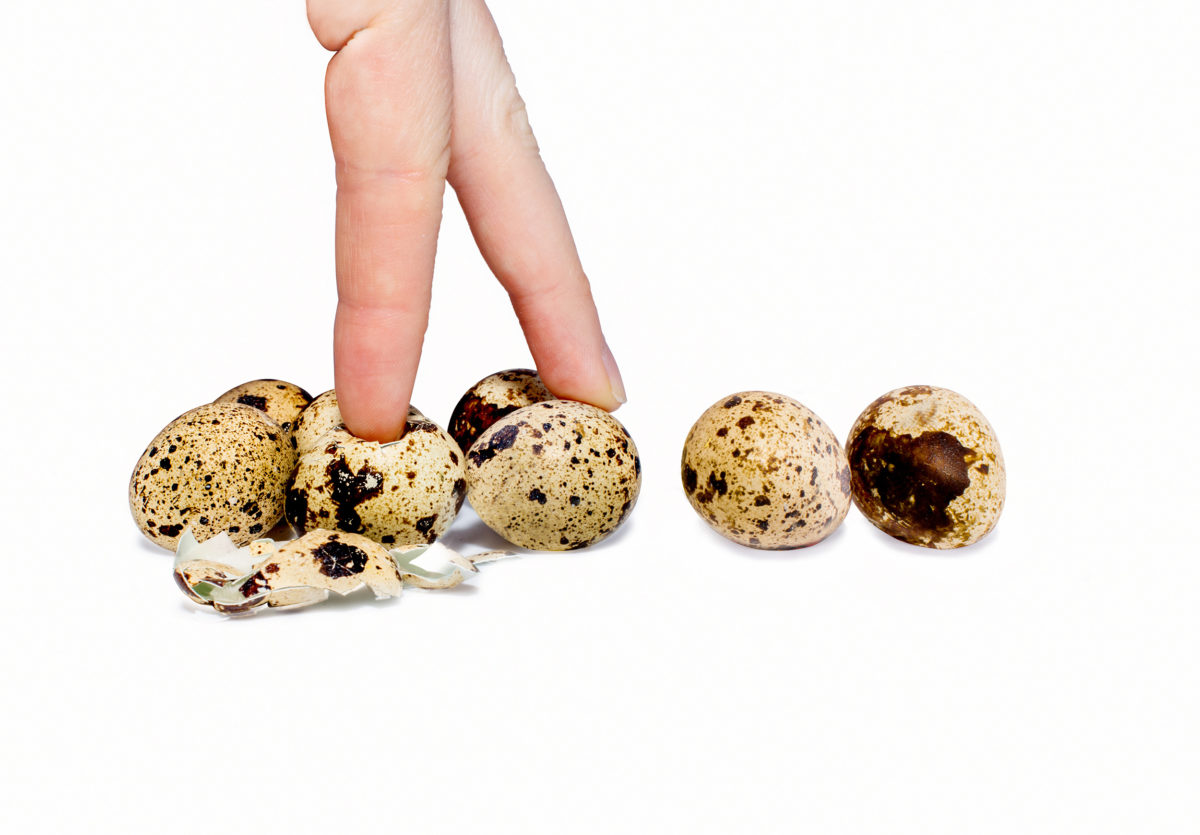 Recently at a dinner party, talk turned to the current news story about Bill Cosby. As the only psychologist at the table, everyone looked at me as one person asked with intense curiosity, “How could anyone victimize women all those years, and still live with himself? How could you sleep at night?”

Since I don’t know Bill Cosby, I can’t speak for him; nor do I know if he is guilty of the accusations against him or not. But generally, in an actual situation like this, there is an answer to the question. The answer is one word: narcissism.

In many ways, it seems like it would be fun to be narcissistic. Wouldn’t it be great to go through life feeling superior to other people, and with unwavering self-confidence? Yes!

But as we all know, there is a dark side to narcissism. That unwavering self-confidence is as brittle as an eggshell. Narcissists don’t move back and forth on a continuum of self-esteem as the rest of us do. Instead, they run on full-tilt until something taps that protective shell of self-importance hard enough. Then, they fall into a million pieces. Under that fragile, brittle cover lies a hidden pool of insecurity and pain. Deep down, the narcissist’s deepest and most powerful fear is that he is a nothing.

With his brash, self-centered ways, the narcissist can hurt the people around him emotionally, and often. His deepest fear is of being exposed as “a nothing.” So he will protect his own fragile shell above all else, even if it sometimes emotionally harms the people he loves the most.

Why is the narcissist in such fear of being a nothing? Because she was raised by parents who responded to her on a superficial level, lauding or even worshiping certain aspects of her which they valued, while completely ignoring or actively invalidating her true self, including her emotions. So most narcissists grew up essentially over-valued on one level, and ignored and invalidated on another (Childhood Emotional Neglect – CEN).  CEN on its own does not cause narcissism, but combined with other essential ingredients, it plays a part.

Some narcissists need to do more than just protect their shell. Their need to be special is so great that they also need to feed it with accolades, acknowledgment, or their own personal version of specialness.

This is when narcissism becomes dangerous.

There are four characteristics of the narcissist which can work together to make him a danger. They are:

Most narcissists do not pose any real danger to the people around them (except perhaps emotionally). The risk comes from #2. What’s his Special Ingredient? What does the narcissist need to feed his specialness?

Does he need to have a “special relationship” with young boys, like Jerry Sandusky (severe boundary violations)? Does he need to be seen as a mentor to Olympic wrestlers like John DuPont, as portrayed in The Foxcatcher (exploitation)?

What does the narcissist need to feed his specialness, to what lengths will he go to get it, and is his specialness extreme enough to enable him to rationalize his behavior? Those are the factors which determine a narcissistic person’s potential dangerousness.

Jerry Sandusky said that he felt his special relationship with boys was helpful to the boys. John DuPont appeared to rationalize that his money and privilege would make his minions better wrestlers.

If you have a narcissist in your life: a parent, sibling, friend, spouse, or ex, it is possible to manage the relationship in a healthy way. Your best approach is to walk a figurative tightrope. Have empathy for the pool of pain that lies beneath the surface of your narcissist’s blustery shell. Understand that he or she is protecting herself from the hurt that she experienced in childhood. But at the same time, it is vital to protect yourself as well. Keep your boundaries intact.

Do not let your compassion make you vulnerable.

To learn more about the effects of emotional invalidation in childhood, see the book Running on Empty: Overcome Your Childhood Emotional Neglect.

This exactly describes my boyfriend’s Ex wife. I’m his 3rd “attempt” at a relationship and I had no clue what I was about to face. As soon as she found out he “met someone” she immediately wanted to come for one of her open ended visits.

He actually told her that Now’s not a good time, I’ve met someone and would like to see where it goes.

She showed up 2 days later and that was the beginning of the end.

He just gave in to her demands while knowingly causing harm to me because she basically manipulated him decades of practiced skill.

Needless to say the initial (we actually knew each other for a year before he asked me out) and very intense connection physically is the only reason it continued at all.

Now after years of trying to understand and deal with one tantrum or drama created after another I have finally given up, after losing literally EVERYTHING. I am rejected by his family because of her actions and his avoidance of standing up for me or our “relationship”. I spend holidays being the problem and he thinks that because he allows me to take up space and provides for my physical needs that I shouldn’t need to be included. EVER.

I felt such an amazing connection before any intrusion that it lasted 4 years. But now I see that what was will never be again. I am however thankful for the time I was allowed to figure it out and to heal physically and start to heal emotionally. I now know why I endured the abuse and why he was not able to be the man I fell so deeply in love with. I owe that to people like you and the knowledge you share.

My parents were workaholics and my mothers mom had passed away unexpectedly a year before she started having kids. There are 4 of us and we are all definitely victims of emotional neglect. My dad was too busy, and my mom I suspect was too hurt from her mothers passing and she completely missed the boat on filling our emotional needs … at all. She is a very selfish and materialistic person, although people who knew her as a child are shocked by that as I guess she was very caring and very close to her mom. We did have a good childhood otherwise (the basics were provided for and we were well off), but something was definitely missing. I am only now, at 37 learning about CEN and my jaw just drops as it seems to explain everything about me. That said, my younger sister seems to have come out of this household with a very different result. She is mean and completely unaware or uncaring of other peoples feelings (especially mine. I am her number one hit person for her hatred). I suspect perhaps that because her feelings and emotions weren’t addressed that she came out of it thinking no one has feelings and only her feelings matter … ??? Can a child raised in a CEN household come out of it as a narcissist as an adult? I also suspect she blames me the most because I ignored her feelings as my feelings were being ignored by our parents too. Although I do recall doing more (being there more for her) then our mom was. She absolutely hates me. It makes me sad as Id love to have a relationship with her as she is my sister, but any time I try to connect with her, she sees it as an opportunity to be hurtful. We both have children the same age and it would be great for them to hang out together, but I’m starting to wonder if its worth it to put me in a position where I am treated with such hatred. Our mom always (and continues to) dismiss my feelings. As a child I tried to get my mom to want to get to know me and spend time with me, she just dismissed and ignored me … “its just Jen” she would say, and my sister saw and heard all that and dismisses me even more then my mom did to this very day. How could we of come out of the same CEN household as two very different people? I am classic adult CEN (joyless, pain in my chest, do not know my feelings, people pleaser, fiercely independent, problem solver, makes no time for my own self care) and my younger sister is the complete opposite (only her feelings matter, others need to make the effort to be her friend, no one else has feelings, puts herself on a public pedestal as she wants everyone to see how well off and successful she is, is constantly competing with me even though I’m not racing, also fiercely independent).
I wonder if its time to cut her off completely. Id like to talk to her about this whole CEN stuff as it has been so eye-opening to me and I think it would help her too, but I think she would just dismiss it and then hurt me as usual. 🙁 Any advice?

I disagree that narcissistic people hurt “those they love the most.”
They don’t love at all, not even themselves, as others claim.

How do an aware empathic CEN woman and unaware borderline narcissistic CEN male ever hope to have a fulfilling relationship?

Please see a couples therapist Bel. This is a difficult combination to make work.

Jonice, Do you have recommendations for what to look for in a couples therapist for this matrix. We are that couple and have been through 3 therapists. Willing to give it one more go but none of the therapists we have seen are looking at childhood neglect.

Dear SB, if one of you is a diagnosed narcissistic personality disorder, I would recommend a therapist who specializes in treating that more so than a CEN specialist. It’s most important to address that. However, please take this information as general info since I do not know enough about you to advise you specifically. I surely do send you my best wishes.