The 4 Different Kinds of Neglect and How They Affect You 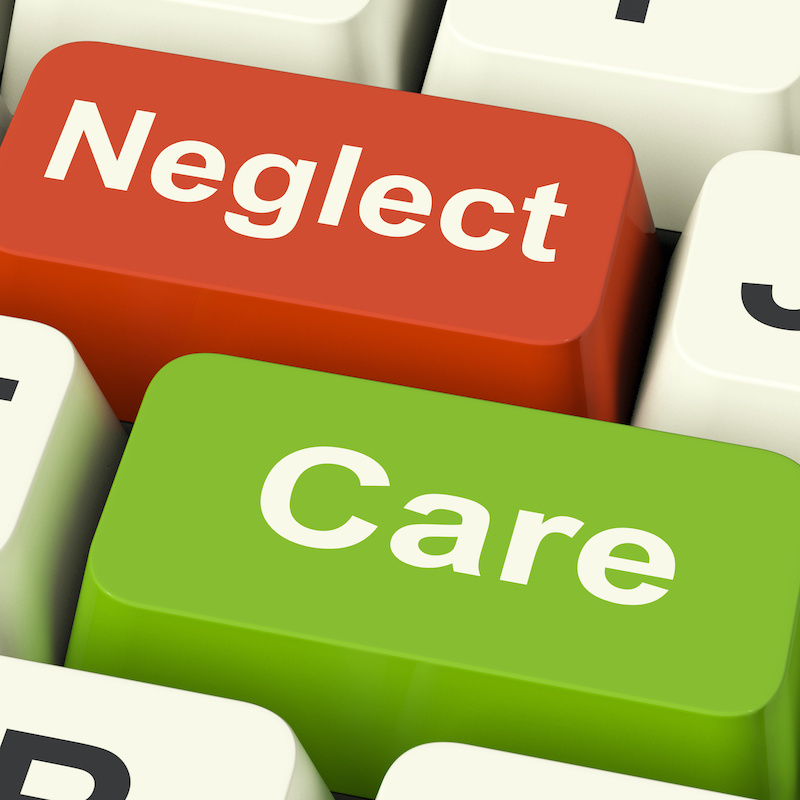 Neglect: Fail to care for properly.

We can neglect many different things in our busy lives. We can, at different times, neglect our houses, our gardens, our vehicles, or even our own bodies by simply failing to care for them properly. And many of us human beings do one or all of the above at various times.

But there is no form of neglect more personal, more powerful, or more harmful than the neglect of a child. There are several different ways that a parent can neglect a child and we will talk about those shortly.

But first, let’s take a look at some of the factors that can lead even the most caring parents to neglect their child.

When parents bring a new child into the world, it is their biological imperative to meet that child’s needs to the best of their ability. For that reason, none of the above reasons should be thought of as excuses. It simply does not work that way.

But, on the other hand, human beings are fallible and the world can be rough on parents. Losses, pain, health, deprivation, and struggle can harm parents and prevent them from providing what their children need.

Not all neglect is the same and, unfortunately, most people use the word “neglect” to define all types. It is also common to use the term, “abuse and neglect,” to lump neglect with abuse. This dangerous over-generalization prevents people from talking and thinking more specifically about exactly what they did not receive as a child.

Truly, it’s important. And I want you to help you become aware of what you did and did not receive. As you read the list below, I encourage you to consider which of your needs were well-met when you were a child and which needs may have been less so.

The 4 Kinds of Neglect of a Child

Most adults who look back on their childhoods and see that all of their physical needs were met find it hard to believe that they could have been neglected in any way. Yet “neglect” is far more complex than that.

For example, your stay-at-home mom may often be home and may drive you to every activity, yet fail to notice or respond to your feelings (Emotional Neglect). Or your dad, who talks a lot, may simply be talking about impersonal logistics and facts, and end up still emotionally neglecting you.

The opposite is also true. Your parent who is struggling and rarely home may show such emotional care and attunement with you that you feel deeply known, understood, and loved by them. In this case, the physical presence type of neglect you experience may do far less harm.

Take a few minutes to think about this. What did you get and what did you miss? Is it missing in your life now? If you are a parent or hope to be one, are you able to provide those missing ingredients to your children?

It is entirely possible to see what you didn’t get, understand why your parents could not, or did not, provide it, and fill those gaps for yourself. It is a process of providing yourself with the physical, attentional, and emotional nurturance that was missing for you.

Amazingly, once you have given yourself what you didn’t get, you can give it to others. Especially your own children. The reality is there is nothing more important than that.

CEN can be hard to see or remember so it can be difficult to know if you have it. To find out, Take The Emotional Neglect Questionnaire. It’s free.

7 Signs You May Be Counter-Dependent 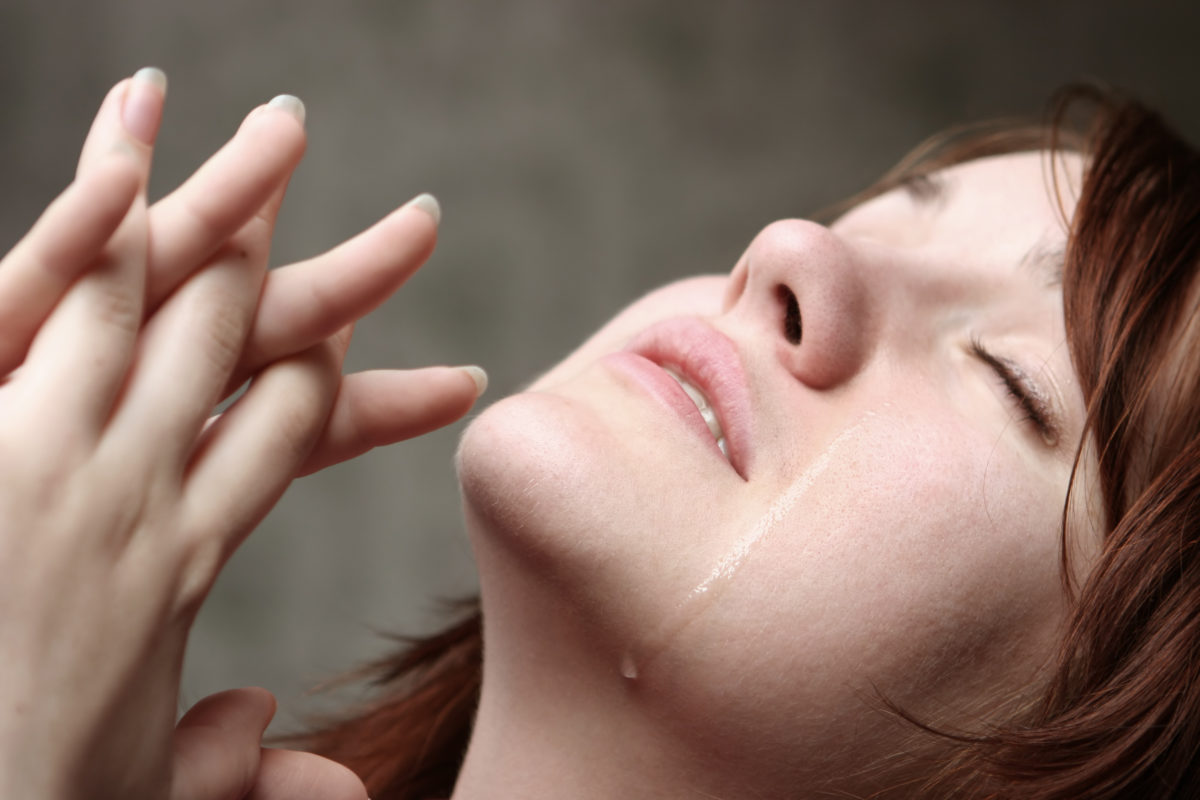 Everyone knows what the word “dependent” means. Webster’s Dictionary defines it as “determined or conditioned by another; relying on another for support.”

Not many people have heard the term “counter-dependence.” It’s not a term that is in common use. In fact, it’s used mostly by mental health professionals.

Counter-dependence is the extreme opposite of dependence. It refers to the fear of depending on other people. If you are counter-dependent, you will go to great lengths to avoid asking for help. You may have a great fear of feeling, or appearing to feel, in need. In fact, the word “needy” may set your teeth on edge.

Counter-dependence is one of the main results of growing up with Childhood Emotional Neglect (CEN). Here’s an example of how an emotionally neglected child grew up to be counter-dependent.

When James first came to see me for therapy, he was a successful 40-something businessman with a wife and three children. He had done very well financially, and his children were all young adults who would be leaving home soon. James came seeking help for longstanding depression. He initially described his childhood as happy and free. But as he told me his story, it became evident that he had been greatly affected by the absence of a vital ingredient.

James grew up the youngest of seven children. He was a surprise, born nine years after his next youngest sibling. When James was born, his mother was 47 and his father 52. James’s parents were good, hard-working people who meant well, and he always knew they loved him. But by the time James was born, they were tired of raising children, so James essentially raised himself.

As a child, James’s parents did not ask to see his report cards (all A’s), and he didn’t show them. If he had a problem at school, he didn’t tell his parents; he knew he must handle it himself.

James had complete freedom to do anything he wished after school because his parents seldom asked him where he was. They knew he was a good kid, so they didn’t worry. Even though James enjoyed this extensive freedom from rules and structure, he grew up feeling deep within himself that he was alone.

The message James internalized from all this freedom was “don’t ask, don’t tell.” He understood from a very early age that his accomplishments were not to be shared, nor his failures, difficulties or needs. Even though he couldn’t recall his parents ever actually telling him such a thing, he absorbed it into the very fiber of his being that this was life for him. It became a part of his identity.

When I first met James, he seemed somewhat emotionless and self-contained. His wife, after 15 years of marriage, was at the end of her rope. She felt that James was incapable of connecting with her emotionally. He told her he loved her often, but seldom showed her any emotion, positive or negative. She pointed out that he was a wonderful provider, but described their relationship as empty and meaningless. James described himself as feeling empty inside. He revealed that the one person in the world he actually felt emotional about was his teenage daughter, and that he sometimes resented her for being important to him.

James’s frequent fantasy was of running away to live alone on a deserted tropical island. All his life he experienced periodic wishes to be dead. He was mystified about why he would feel this way since he knew that he had such a great life.

Can you guess the ingredient that was missing from James’s childhood? It was emotional connection. Emotions were treated as non-existent in his family. There was little interaction of any kind between James and his parents. No positives, but none of the important negatives, either.

He didn’t get to see joy in his parents’ eyes as they looked at his report card, or experience their anxiety or anger when he came home from school long after dark. James’s relationship with his parents could be summed up by one word: cordial.

The message James’s parents unwittingly taught him, completely outside of his own and their awareness, was “don’t have feelings, don’t show feelings, don’t need anything from anyone, ever.”

James’s fantasies about being dead or running off to a tropical island were the best ways he could imagine to accomplish that mandate. He was a good boy who learned his lesson well.

7 Signs and Signals of Counter-Dependence

If you see yourself in my description of James or in the 7 Signs above, do not despair because there is hope for you! Your counter-dependence is likely caused by Childhood Emotional Neglect (CEN). And one very good thing about CEN is that it can be healed.

You can correct what went wrong in your childhood by giving yourself the emotional interest and validation that you missed as a child. As you do so, you will not only heal yourself, you will become fortified by your connections with others. And you will gradually realize that it is actually your ability to emotionally rely on others that makes you strong.

To learn how to repair the effects of CEN on your relationships, see the book Running on Empty No More: Transform Your Relationships With Your Partner, Your Parents & Your Children.

Barry is good at his job as the manager of a department store, so he continues to do it year after year. But in the back of his mind, he wonders how he ended up here.

Francesca watched in frustration, feeling overlooked, as her co-workers were promoted over her head, one after another.

Simon’s manager appreciates how quickly he has adapted to his new role in the company, and how little support he’s needed.

Elizabeth toils away behind the scenes in her customer service job, trying not to call attention to herself. She has no idea that she is capable of much more.

If you have ever been in one of the situations above, you know how it feels. Barry, Francesca, and Elizabeth are in painful situations in their jobs, while Sharon, Simon and Will are thriving in theirs.

You may be surprised to learn that all six of these folks’ job experiences, as different as they are, arise from a common underlying cause. All six grew up in households where their parents overlooked their emotions. They all grew up with Childhood Emotional Neglect (CEN).

The funny thing about CEN is that it leaves you with a particular set of challenges. But in some situations, those challenges can actually become your strengths. When it comes to the workplace, CEN is a double-edged sword.

The Advantages of CEN in the Workplace

The Disadvantages of CEN in the Workplace

The folks who are the most rewarded by, and successful in, their jobs are strong communicators. They know themselves well, and they pay attention to what they are feeling and why. They ask for what they want, and they accept help when they need it.

You can become this way too.

Begin right now to focus more on learning who you are. What do you enjoy? What do you like? What are your strengths and weaknesses?

Begin right now to pay more attention to your needs. Have you earned a raise? Do you deserve a promotion? Are you due a vacation? If so, ask for it.

Begin right now to change how you relate to others. Talk more, take on more interpersonal challenges. Watch how others discuss difficult topics, learn from it, and practice.

Others have seen your strong points for years, and have benefited from your competence, and your giving, independent nature. Now it is time for you to recognize what you have to offer, and ask for what you deserve.