Childhood Emotional Neglect: How Marriages Go Wrong When Both Partners Have It 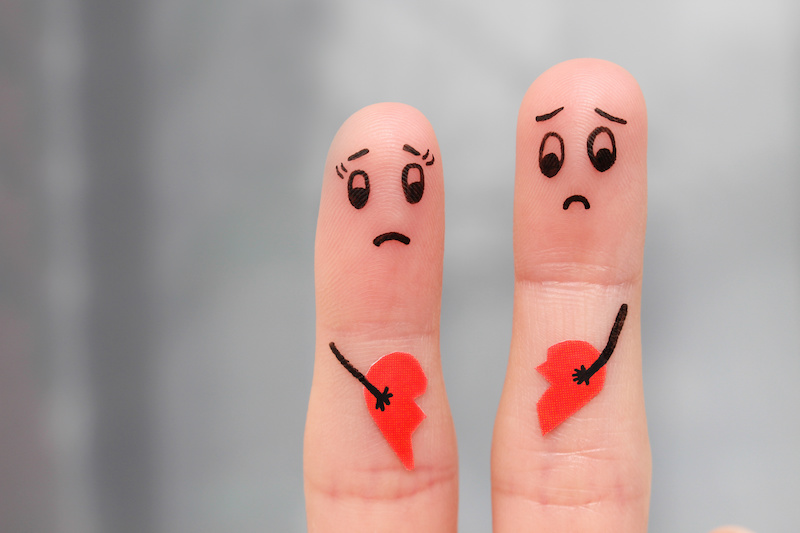 This week, I am sharing a segment of my second book, Running On Empty No More: Transform Your Relationships With Your Partner, Your Parents & Your Children. It’s a vignette from the book that, I wrote for couples and families who are living with Childhood Emotional Neglect. This particular passage from the book explains what it’s like when a couple is living with, and harmed by, the effects of Childhood Emotional Neglect or CEN.

Olive and Oscar are a likable, caring couple who love each other and they clearly want to make their marriage work. But they have been experiencing a severe challenge. They both grew up in emotionally neglectful homes. Unbeknownst to them, they have been living under separate “CEN clouds” when they met, and they have lived under that cloud together for decades.

When Oscar and Olive married, they each lacked the emotion skills needed to make their marriage work. This led to a loving but emotionally devoid relationship that was functional, yet empty; loving, yet distant.

You can read the entire story of Oscar and Olive in the book, Running On Empty No More.

An Excerpt From the Book Running On Empty No More: Transform Your Relationships

By the time Olive and Oscar came to my office for couples therapy, their marriage was in serious trouble. Years had gone by with little communication, while misinterpretations and false assumptions grew like weeds in an unkempt garden. Each partner sat fairly expressionless on my couch, struggling to explain why they had come to see me.

“I’m pretty much done with this marriage,” Olive finally said flatly. “We’ve been married all these years, and Oscar still doesn’t know me at all.”

As I listened and observed this exchange in our first session, I was amazed.

Interestingly, I was able to tell after only a brief interaction with Olive that she was not the manipulator that Oscar described. I also saw the level of anger that Oscar carried, and how Olive seemed to be quite oblivious to it.

Olive’s abrupt announcement in the session that she was done with the marriage is typical of a person with CEN. Lacking the skills to communicate about subtle and varied emotions, and unable to understand or put the myriad of problems into words, she said the only thing she could formulate to communicate the intensity of her feelings in that moment. I have found that many CEN folks are prone to such extreme statements once they finally decide to voice their pain.

Olive and Oscar, in their double CEN marriage, had two emotional walls to contend with. Sadly, in this marriage, no one was knocking on anyone’s wall. Their chasm had been widening for many years and was now double-wide. They were both intelligent, good-hearted, and likable people, and they seemed like they should make a good couple. Despite the misinterpretations and despite the anger, I could sense the love between them.

Olive and Oscar had no opportunity as children to learn that emotional intimacy exists. Neither of them experienced it in their families or saw it between their parents. Both were intelligent, good, and caring people, but neither had access to their emotions, and neither had the emotion skills necessary to create and maintain true emotional intimacy with a partner.

Childhood Emotional Neglect (CEN) teaches you as a child to ignore and hide your feelings from others, and even from yourself. You learn very early in your life that emotions are useless, troublesome inconveniences and you take this philosophy forward into your adult life. You essentially wall off your feelings so that they will not bother you, and this may seem like a relief.

But, in actuality, you need your emotions to guide and connect you in your life, but the place you need them the most is your marriage.

Feelings are the spice in a relationship, the fireworks, and the glue. It is by working through feelings together that you connect as a couple and become close. An intimate marriage requires emotional exchange, emotional awareness, and emotional vulnerability.

There’s a particular feeling that I get when I work with a CEN couple. It’s similar to the experience of trying to push two magnets together that are facing the wrong directions. It’s like there’s a powerful force field between them, pushing them apart.

The only way to break the force field is to begin to help each partner to better access their own emotions in some small way. By talking about their feelings and their relationship in more nuanced, emotionally enriched ways, they each make a slight turn, followed by another slight turn, followed by another. Bit by bit, they gradually end up turning their faces enough that a slight pull can begin to form.

And when that happens, the real repair work has begun.

How To Learn More

Watch for a future post about Olive & Oscar Part 4 where you will learn how their couple’s therapy went and how they broke down the walls that divided them.

To read the rest of Olive and Oscar’s story and learn how they faced the Emotional Neglect with their children and with their own parents, see the book Running On Empty No More: Transform Your Relationships With Your Partner, Your Parents & Your Children.

Barry is good at his job as the manager of a department store, so he continues to do it year after year. But in the back of his mind, he wonders how he ended up here.

Francesca watched in frustration, feeling overlooked, as her co-workers were promoted over her head, one after another.

Simon’s manager appreciates how quickly he has adapted to his new role in the company, and how little support he’s needed.

Elizabeth toils away behind the scenes in her customer service job, trying not to call attention to herself. She has no idea that she is capable of much more.

If you have ever been in one of the situations above, you know how it feels. Barry, Francesca, and Elizabeth are in painful situations in their jobs, while Sharon, Simon and Will are thriving in theirs.

You may be surprised to learn that all six of these folks’ job experiences, as different as they are, arise from a common underlying cause. All six grew up in households where their parents overlooked their emotions. They all grew up with Childhood Emotional Neglect (CEN).

The funny thing about CEN is that it leaves you with a particular set of challenges. But in some situations, those challenges can actually become your strengths. When it comes to the workplace, CEN is a double-edged sword.

The Advantages of CEN in the Workplace

The Disadvantages of CEN in the Workplace

The folks who are the most rewarded by, and successful in, their jobs are strong communicators. They know themselves well, and they pay attention to what they are feeling and why. They ask for what they want, and they accept help when they need it.

You can become this way too.

Begin right now to focus more on learning who you are. What do you enjoy? What do you like? What are your strengths and weaknesses?

Begin right now to pay more attention to your needs. Have you earned a raise? Do you deserve a promotion? Are you due a vacation? If so, ask for it.

Begin right now to change how you relate to others. Talk more, take on more interpersonal challenges. Watch how others discuss difficult topics, learn from it, and practice.

Others have seen your strong points for years, and have benefited from your competence, and your giving, independent nature. Now it is time for you to recognize what you have to offer, and ask for what you deserve.