Were You Raised in a Passive-Aggressive Family? 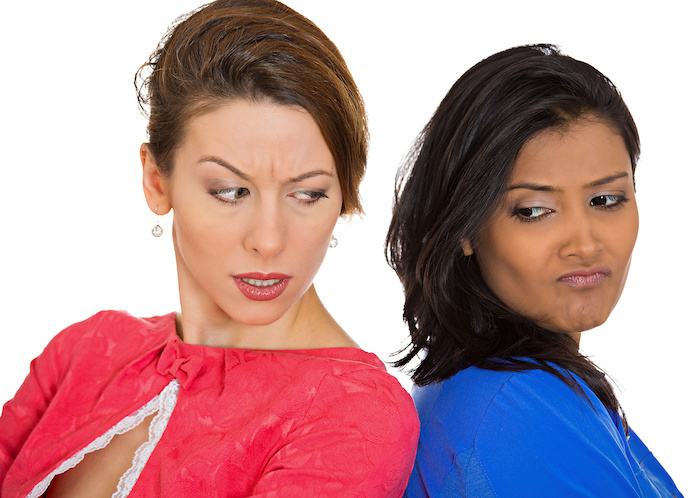 Show me a family that has no anger in it, and I’ll dig out their anger and show it to them.

That’s my job. I’m a therapist.

Every family has anger. It’s unavoidable in life and in a family, simply because it is literally wired into our brains. It’s a part of our physiology, just as our eyelashes, elbows, and toes. There are many ways that families can handle anger, depending on their comfort level with it.

They can wield it as a weapon, figuratively hitting each other over the head with it; they can push it underground, or they can ignore it and pretend it does not exist.

Or they can use it the way nature intended; as a way to drive truth, and connect family members in a genuine, real and meaningful way.

The Anger as a Weapon Family: In this family, anger is used by one or more members as a source of power. Anger may be expressed in a variety of aggressive ways, like yelling, insults or barbed comments; by throwing things, breaking things, or other physical intimidation or threats.

The Underground Anger Family: This family views anger as unacceptable, or even bad. Angry feelings are viewed as unloving, uncaring or rebellious and are met with negativity or punishment.

The Ignoring Anger Family: This family treats anger as if it doesn’t exist. When a member of the family shows anger, it receives little response. Anger is invisible.

None of the children growing up in these three types of families has an opportunity to learn much about anger: how to listen to its message, manage it, express it, or use it in a healthy way. By definition, all of these children are growing up in an emotionally neglectful family.

But let’s focus in particular on The Underground and the Ignoring Families, because they have one very big factor in common. They both are breeding grounds for passive-aggression.

Since anger is wired into the human brain, it happens in every human being, whether they want it or not. When you are in an environment that is chronically intolerant of this particular emotion you naturally, automatically suppress your angry feelings whenever they arise. This causes some major problems for you, and in your family.

Pushing anger down is like pushing water down. It has to go somewhere. So it may seep underground and sit there, or it may go slightly under the surface, and ripple and roil, waiting for a chance to spew.

In these two types of anger-intolerant families, the anger goes underground, but it does not disappear. It stays there. And it has to come out somehow, sometime, in some way.

Passive-aggression: The indirect expression of anger and resentment, fueled by feelings that are not addressed and resolved by talking about the issues directly.

Molly felt anxious and uncomfortable as she sat eating dinner with her family. She was acutely aware that her parents refused to speak to each other or make eye-contact.

Joel’s dad was an hour late to pick him up after soccer practice. As Joel sat on the curb waiting, he found himself wondering if his dad was angry about the argument they had the night before.

Jessica found it excruciating when her mother gave her the silent treatment. So she took great care to appear unaffected by it.

Many research studies have clearly established a link between passive-aggression between parents, and problems in the children.

One 2016 study by Davies, Hentges, et al., showed that children growing up in such an environment of indirectly expressed, unresolved hostility are more insecure, and take less responsibility for their own problems. They are also more prone to depression, anxiety, and social withdrawal.

Accept that you have anger. Accept that it’s normal and healthy, it’s valuable, and you can use it to make your relationships better.

Increase your anger awareness. Watch for anger in other people. Watch for it in yourself. When you start trying to feel your anger, you’ll start breaking down the wall that blocks it.

Read everything you can about assertiveness. It’s a skill that allows you to express your anger in a way that the other person can take in your message without becoming defensive. Buy a book on it if you can. Then read it!

When something happens that makes you feel angry, take note of the feeling. Practice sitting with it and tolerating it. Apply what you’ve learned about assertiveness.

To learn how to deal with CEN in your marriage, your parenting and with your emotionally neglectful parents, see the book Running On Empty No More: Transform Your Relationships.

Thank you again for another spot-on article! Anger in my family was always underground; just under the surface. As a teen, I had the misfortune to be the first to express it. (I was being confined to the house for the summer!) Well I paid a severe price for expressing my anger; I had been adopted and was told by my mother “I can always send you back.” That was the end of a secure life for me. From then until my mid sixties I was terrified of confrontation and to my detriment avoided it as much as I could. It wasn’t really a conscious decision, I just became petrified of further trauma and practiced avoidance, literally running away in some cases.

Dr. Webb,
You’re articles have helped me more in a couple of the months than over 20 years of cognitive behavioral therapy have. I just wanted to thank you for taking the initiative to bring CEN out into the open for those of us who’ve never heard of it. Understanding CEN has helped me to accept my childhood experiences, my parents’ choices, and how my coping skills as a child have crept into (or followed) me into adulthood.
I do think that some therapists underestimate the healing power of giving something a name. Once I know my feelings are valid and are part of something with a name, I’m able to address my issue. For example, I was feeling horrible anxiety and outright fear of losing loved ones. Once I learned those feelings had a name (pre-grieving) and we’re experienced by others, I was able to accept the inevitable and put my anxiety to rest.
Thank You!

Yes, very true Melissa. There is great power in naming something and understanding it.

What resources do you recommend for learning assertiveness skills?

Two books: “When I Say No I Feel Guilty” and “Assertiveness For Idiots” have both been helpful for many of my clients.

What about “Your Perfect Right”?

Yes, that’s a good book. Thanks for suggesting it!

Absolutely love the way you explain it all, Dr. Webb! Incredibly grateful to you for sharing your knowledge and insights with the world, thank you for saving lives! 🙂

I’m so glad to be helpful. Thank you for using my work so well!

So good Dr Jonice, the silent treatment was used as punishment by my family of origin for decades and is still used today. I like your three explanations. In my case it was the angriest one wins. Usually the victim does not have the tools to deal with it.

So true. I’m sure that realizing the type of family you grew up in will help you deal with your own anger differently.

Dear Dr. Webb ;
in your latest release i suspect you are selling passive aggressivity short. as a tool in life it can be a valuable option, one which allows an individual to move forward in spite of facing opposition that is more powerful, and has most of the cards in it’s favor.
let me share with stories of history, both past ,and soon enough to be. in WW11 the germans used submarines to destroy allied commerce. the cost of the submarines was a small fraction of what a surface fleet would have cost, and this allowed one side to do great damage to the other at minimal cost. soon enough in our time the iranian’s will use a very very inexpensive (about 1.5m US) semi-submersable craft to torpedo one of our multi- billion dollar aircraft carriers. a semi-submersble boat is functionally invisible to radar, and extremely difficult to pick up on sonar. you have to literally see one in the daytime or find it’s thermal signature to locate the dam things. they are a nasty nasty tool. these stories are two example of what are called asymmetrical weapons.
such an asymmetrical weapon is passive aggressiveness. as long as your opponentcy is valid in the eyes of your audience, it costs nothing to deploy an “iconic one liner” to the detriment of your enemy. his/her/their stock goes down .. your goes up. it’s that simple.
passive aggressive is an excellent tool/weapon to have at one’s disposal. it is not a cure-all, but it does provide a viable option to open conflict, which so often results in a costly battle of attrition, or negotiation, which can result in giving ground you would have kept if one simply destroyed the opponent.

keep up the great work. (and no, that’s not a pa compliment ..)
cheers,
peter v.

Hi Peter, I would say that your examples are not of passive-aggressiveness. They are examples of aggression of the weak against the powerful. That is very different.

OMG you have read my mind. I always subconsciously realised my mother (my only immediate family) was an angry person. She would storm out in a huff if I said the wrong thing (whatever that was, I never knew because everything I said and did was wrong). Anything could set her off, so by the time I was in my late teens I just ignored her and kept out of her way. She would get angry if I looked at her the wrong way or used the wrong tone of voice, but mainly when I stated my needs and wants. Those were NOT allowed. She would either snap ‘well you’re not the only one Catherine!’ or ‘Yes, I’M angry/ upset/ hungry/ whatever TOO!’
I thought all mothers were like that but when I met my husband, he pointed out that my mother was the queen of passive aggressiveness. His own mother tended to shout and scream and get it all out, so that was healthier. He said ‘always be angry with the thing/ person you’re angry with, not other things/ people.’
So, thanks for the help in handling passive-aggressiveness in myself and others 🙂

It is hard to be raised by a passive-aggressive mother. I’m glad your husband helped you see it!